Weather's Here, Wish You Were Beautiful.
Some quick things before we all head out for Easter:

1. Wisconsin & Kentucky will play for a spot in the Final 4 tomorrow, Duke lost last night and Louisville is already on the bus to St. Louis. This is shaping up to be the best tournament ever.

2. I'm headed home for Easter tomorrow, and to prepare for the drive I purchased 5 new CD's. They were having a deal at Borders, so I picked up albums by Bright Eyes, Moving Units, Neutral Milk Hotel, Howie Day (for the Missus) and Broken Social Scene. I don't really know what to expect from them (I haven't really listened to any of these bands, save Bright Eyes & Howie Day, who are hit and miss at best), but it's always nice to have something new to listen to for a 4 hour round trip.

3. When I get back on Monday, I'll be working feverishly on my book review for Core Weekly. It should also be noted that Boycott Unity will come to a close next week, with the publishing of the final cartoons. Show up for the final unveiling.

4. Keep the eye pictures coming. I'll have them all up in a week. If you haven't done so yet, send a picture of your eye to Communistdance@Yahoo.com.

5. I'm still trying to train for my 5-mile run at the end of April, and my hair continues to grow out of control. New material and whatnot will grace the CDP starting Monday.

Mapless In The Open Sea. 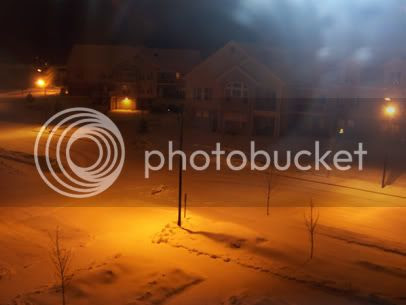 A few quick things to share with you, then I'm going to bed:

2. UW-Milwaukee will pull off the greatest upset in NCAA Tournament history tomorrow night, when they knock off Illinois and waltz into the elite 8. Duke, Kentucky and Wisconsin play on Friday, and I'll be shutting off my phone.

3. I'm working on a new article for Core Weekly. It's a book review, and it should be published on Thursday, April 7. They're working on getting the web page up, so keep checking that if you're one of the 5.99 Billion people who does not live in Madison.

4. In "I Really Hope So" news, Jeopardy! auditions are coming to Madison by invitation only. I submitted my application, so here's hoping they let me have a crack at taking their money.

5. In "Wild Fantasies Come True" news, I'm in the process of submitting an application to be a writer for the Onion A.V. Club. They're looking for a part-time staff writer, so I decided to give it a shot. It's probably not going to happen, but it's always good to try anyways. Yes, I do consider writing for the Onion to be a "wild fantasy". I also eat macaroni & cheese for lunch every single day, if that makes things more clear for you.

6. So, who wants to murder Toby Keith? I mean, we all thought about it a few years ago, but I think it's all blown over by now. This would be the perfect time to strike. His guard is completely down, and we might actually get away with it. If we just ride the wave of recent bursts of violence our nation has seen recently, it might not even make headlines. If anyone's with me, meet me by the mailbox at the end of my street tomorrow night, and wear black.

He's really a patriot, isn't he? Just give him a disaster, and he'll write a song about it. He almost makes me want to buy a cowboy hat, just for the street cred. Forget everything I said about Texas and the South, Toby Keith is truly a shining spokesperson for your region.

Every night, I wish to the stars that he goes to Iraq for a USO show, and gets sent back home in pieces. But seriously, I love Toby (or "TK", as I like to call him). I'd never do anything to hurt him, in case his lawyers or a representative from Ford Motors is reading this.

I'll be watching basketball for pretty much the rest of the week, but I'll be updating the CDP along with Boycott Unity before the weekend. I've got that book review to write, so that's going to have to come first for a while (I'm working here, people!) I also need to find time to keep training for this 5-mile run so my heart doesn't immediately explode once the starter's pistol fires. First rule of business: only 3 sub sandwiches per week, no extra mayo. Still mayo, just no "extra" mayo. You have to take baby steps concerning these things.

Chinese Sky Candy.
(Note from Ryan: The following post is broken up into chapters. Try and keep up.)

From Friday afternoon to Sunday night, this was what I was doing. 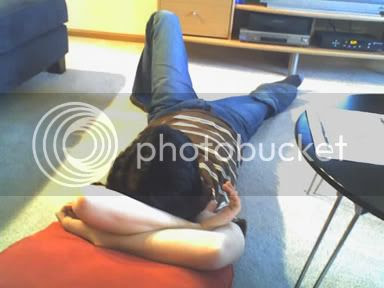 After 4 days and 48 basketball games, my bracket couldn't be any more shot to hell. So what, though? I'm still happy. Kentucky, Wisconsin and UW-Milwaukee have all survived the weekend. Duke also remains, keeping the possibility alive of a Regional Final rematch with Kentucky. I've been waiting 13 years for that. At work, my picks are hovering right around last place, which is where I usually end up by the end of the tournament.

Even the Missus has been consumed with March Insanity. She cheers along with me, and swears at the TV when our teams do something stupid. I've never loved her more. I'm going to have to buy her a tennis bracelet when this is all over, just to say thank you. 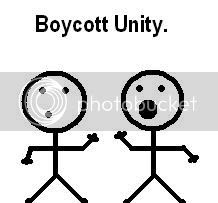 After some careful thought and consideration, I've decided to bring Boycott Unity to a close. It's been fun, but I'm pulling it due to lack of public interest and it taking a lot longer to make than you might think. It's not over yet, though. The final 5 cartoons have yet to be published (making an even 50, for those keeping track), so look for them over the next couple weeks. What will happen to them? You'll have to head on over there to find out. Once the final cartoons are up, I will leave the page around for a week, then delete it from the Interweb forever. Please check them out while you still can. 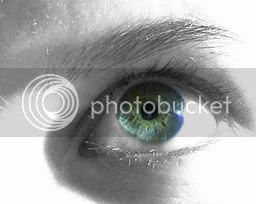 First off, I don't know if you've been checking out my sidebar lately, but I'm urging people to send me close-up pictures of their eye. Close-up eye pictures are a Blog staple (as well as an introspective, snooty attempt at serious photography), so hook me up, and I'll post the good ones.

Secondly, there was a question posted at work today about eyeballs in general. Suppose you were in an accident, in which your eye was popped out of the socket. Assuming that the nerves and whatnot were still attached, would you still be able to see out of it? Would you be able to turn it around, and look yourself right in the face? People were arguing as to if this was possible or not, so I decided to look into it.

To put it simply, you could still see out of it, but not very well. Not to mention, if your eye WERE popped out of the socket, you'd be too in shock to think of all the cool things you could to with it (look around corners, 2 directions at once, etc.). So, now you know. If you have any other questions like this that you want answered, ask me in the (oft broken) comments section. I'm here to help. 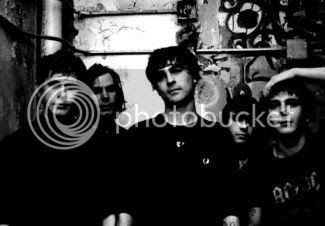 I took on a stealth mission today at work over lunch. I wanted to head downtown to take a typing test, which would make me eligible for more higher paying jobs in the city. A week ago, I asked my supervisor if I could take a long lunch so I could pull this off, and she refused. I decided not to let this stop me, so I did everything I could to get there and back in the allotted 45 minutes (1:15-2:00). Keep in mind that there was no way I could get downtown, take the test and get back in any less than an hour, but I went anyways, thinking that I'd figure something out.

The cop was cool, told me to slow down, and sent me on my way. I found a parking spot right outside of the building, and made it to the office at 1:25.

I took a 45 minute test in 8 minutes. I typed 55 words per minute with no errors, and knocked out a grammar test. I ran to the elevator, ran down the street, and made it back to work with 5 minutes to spare. The perfect crime, I suppose. Let that be a lesson to the kids. Play by the rules, but still get what you want. Playing by the rules isn't usually necessary.

By the way, I will not stop growing my hair until I've captured the collective fashion statement that is the Gadjits. 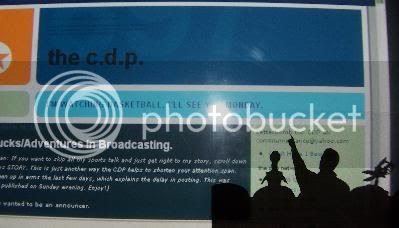 I have an idea that already exists. What?

I heard about this movie theater in New York City. It's just like any other theater. Same food, same movies, same seats and same capacity. The only difference between this theater and any other one is that the tickets cost twice as much. What?

Consider the following. Who would go to a theater that charged double for tickets?

Because it keeps the assholes out!

This is a genius idea. I go to maybe 2 movies a year because I hate the general public so much. If a theater like this were in Madison, I'd be there every week with well-behaved film lovers. No cell phones, no teenagers and no showing up late for movies. I'm going to invest, and it's going to work. Would YOU go? If one more fool sitting behind me starts talking to the screen, I'm going to start swinging. Last year I read a story about an off-duty cop who was in a theater next to a group of rude inbreds. He tased them, and got fired from the force. I thought it was the funniest thing I've ever seen.

Okay, we're done talking for tonight. I'll see you in a day or so. Keep an eye out for the Boycott Unity Final 5.