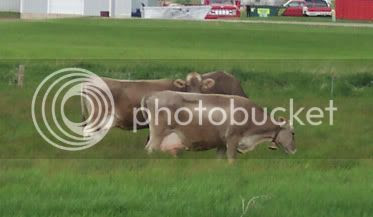 Who says there's nothing to do in Wisconsin?

The CDP's 2nd Annual New Glarus Day went spectacularly well. Here is the day in pictures. It's a bit photo-intensive, so you may want to consider upgrading to a cable connection to fully enjoy your New Glarus CDP experience. If you would like to see what happened the last time we were there, this post should get you all caught up.

Our first stop was for mini-golf. 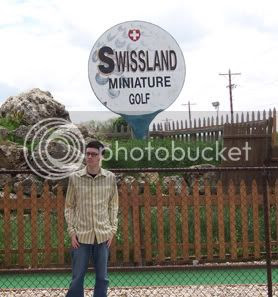 I won, but not by much. The goats that were roaming the grounds last year were sadly absent this time around. The sun broke free from the overcast clouds, and the warm breeze guided us straight to the world famous New Glarus Brewery. 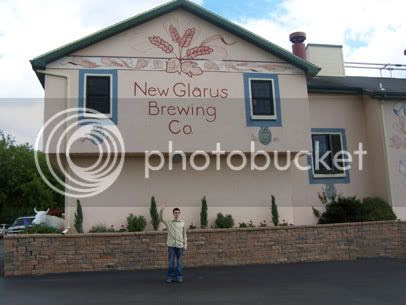 Neither of us had ever been there before, so we decided to take an audio tour. They give you these telephone-looking things to take with you, along with a ceramic cow. 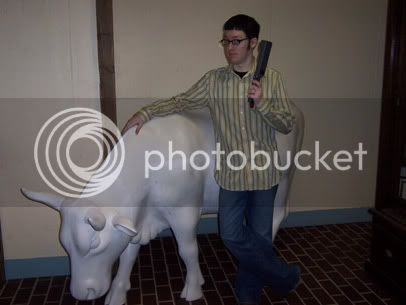 The brewery was ultra-modern, ultra-expensive, and quite beautiful. 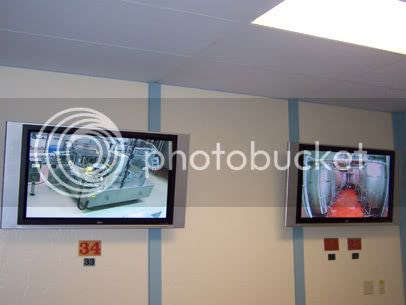 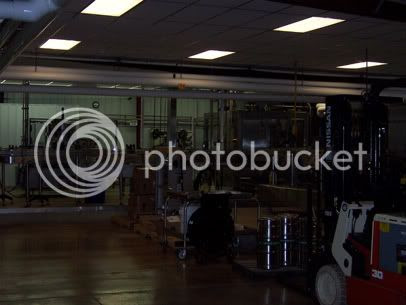 Out of all the neat things they show you on the tour, the funniest thing that I saw was this note that someone left behind. I think it really says it all. 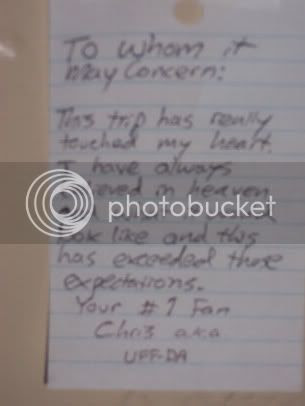 This was all I needed to see. I bought a 4-pack of Raspberry Tart Beer and headed for the door. 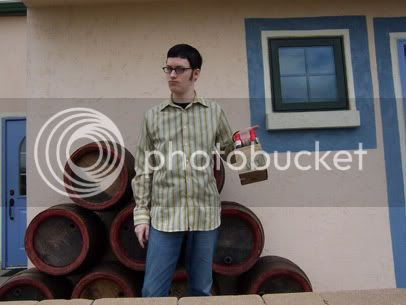 After all that looking, talking and hearing about beer, we needed a break. So we did some wine tasting at the Primrose Winery. 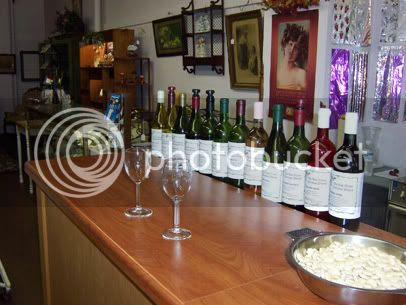 After about 9 sips, we both picked our favorite bottle, had them wrapped up and hit the streets again.

There are plenty of knick-knack shops for your spending pleasure that indulge in the Swiss lifestyle. One of these parts of the culture happens to be trolls. Frankly, they scare the holy hell out of me, but I guess some people find them culturally significant. 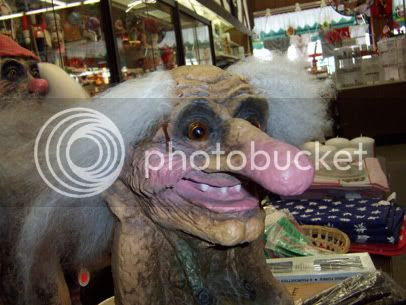 No thank you. On the other hand, I did see a 4-foot tall stein that was worth a little under a thousand dollars. 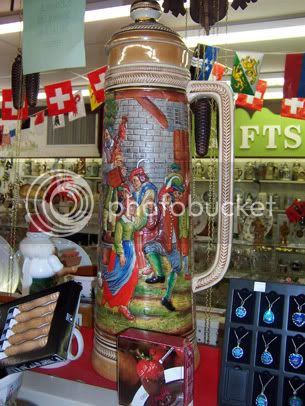 And who can forget this wonderful album from the old country? 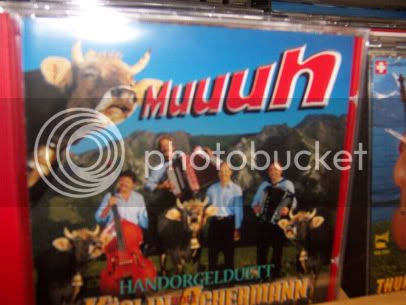 Our next stop was the New Glarus Hotel, for the single largest consumption of cheese ever recorded for a human being. I must have downed nine pounds of cheese, weather it be from the assorted plate they give you, or from the grilled cheese sandwich that contained an entire brick of Swiss. I have yet to go to the bathroom, but it was pretty much worth it.

All in all, this trip to New Glarus was just as good as the first one. It should also be mentioned that I found an old-school metal Pac-Man lunchbox, so I would have been happy no matter what.

We're going to Green Bay tomorrow. When I come back, I'll have a new mixtape up along with more of the same. For now, I've got some local brew to consume. 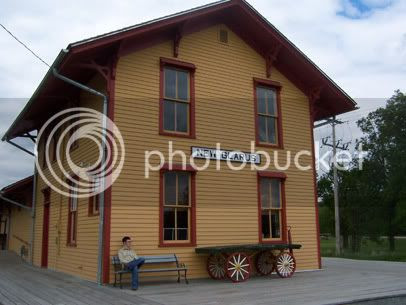 A Little Off The Top. 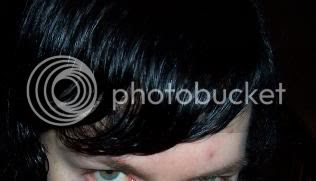 For the billionth time, I'm heading out this weekend (like most of you, I'm sure). I'll be back on Monday with pictures, stories and life lessons. But first, I have a few things to share with you before I hit the dusty trail.

Are you heading to Canada soon? Are you looking for that perfect mixtape to take with you? Look no further! Here's a double-disk for your punk ass.

(In compiling this mixtape, I took into consideration the idea of spending 10 hours in a car with old friends, getting caught up in things along the way, a few Canadian bands and a big heaping of nostalgia. The drive is always half the fun, so enjoy.)

Road Trip To Toronto Mix
Submitted By: Sherry
Compiled By: The CDP

Keep the mixtape ideas coming. Either post a comment or send an e-mail to communistdance@yahoo.com. Next up is the "Near-Death Experience Mix".

Well, I'm off. We'll talk again in a couple days, I promise. I feel like there's something I'm forgetting to tell you, but I'm sure I'll remember it eventually. 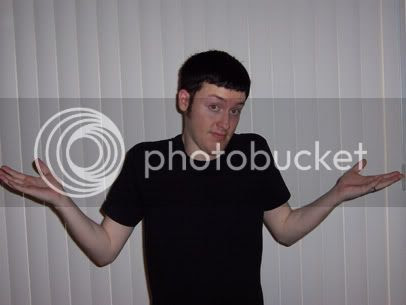 E=MC Hammer.
I was almost killed on the way to work today. Allow me to set the scene. 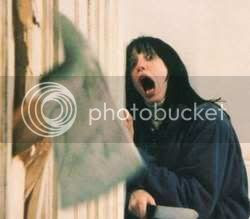 Well, not quite, but scary nonetheless.

I was approaching an intersection, and I had a green light. Less than a half-second before I crossed the intersection, a large, white Escalade completely ran the red light at about 45mph. He ran the light from my left to right, meaning that had I left for work 1 second earlier, he would have perfectly T-boned my car on the driver's side, hopefully killing me instantly. It's one of the closest times I've been in a huge automobile accident, minus all those minor accidents I've had since 1998.

I've been trying to shake off lingering death all day. It was really something, believe me. Not only that, but when the Escalade whizzed by me, the driver clearly had both of his hands off the wheel. Had he not murdered or paralyzed me, I would have crawled out of the wreckage and killed him myself. 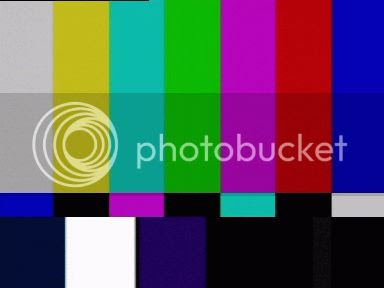 Excuse me, I just passed out for a second there. It was a complete waste of my time, and most of it went completely over my head. On the positive side, during a break between seminars, I got to experience what it sounds like when 15 people eat apples simultaneously in a silent conference room. I've never heard anything like it before, and it was really hilarious. Whatever you imagine it sounding like, I promise you that it's funnier in real life. 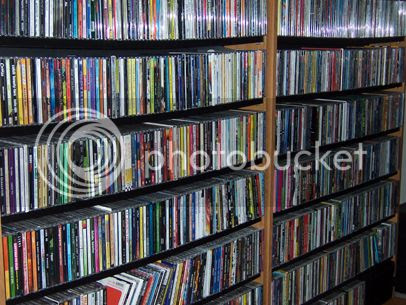 Here's a couple mixtapes for you to enjoy, courtesy of your friends at the cdp:

Rainy Day Mix
Submitted By: Aaron
Compiled By: The CDP

(As a side note, my favorite non-mix album for rainy days is "I'm Sorry I'm Leaving", By Saves The Day.)

Post-Snowstorm Sunrise Mix
Submitted By: Aaron
Compiled By: The CDP

(As another side note, my favorite non-mix album for post-snowstorm sunrises is "Soundtrack To A Midwestern Winter", By Big Big Furnace.)

So, there you go. I'm working on another mixtape that will be posted the next time we chat with each other. Keep the ideas coming, and e-mail me at communistdance@yahoo.com!

You already know what I'm doing this weekend. Expect a lot of pictures of me interacting with the little Swiss community. A special thanks for making this month the biggest month yet here at the CDP. We had a record-breaking 2,200 hits this month, bringing our grand total to almost 20,000. Thanks for coming, I'm an egotistical basket case. 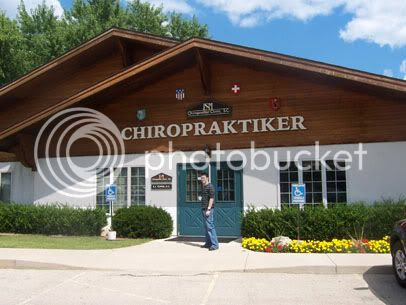 Hey! It's been a few days, hasn't it? Well, you haven't missed all that much. Me and the Missus have been relaxing for the last 5 days, and we're looking forward to enjoying our 3-day weekend. On Saturday, we head back to New Glarus to indulge ourselves in all things Swiss. On Sunday, we head up to Green Bay to spend more quality time with Ben & Sherry. On Monday, we will no doubt be watching some parade coast down Main Street. I almost can't wait, and you'll get a full review and photos once the unbearable excitement finally quiets down.

Did you vote for Bo? You didn't? Well, screw you. Let the terrorists win, see if I care. One of the best decisions I've ever made was to shut down Boycott Unity for good, and focus more of my time on reality shows and girlie drinks. I traded my books and research for an IPod and a Game Boy Advance, and it has made all the difference. Once you join the quiet ranks of the status quo, nobody's telling you to shut up anymore. My brain is placid now, silently nursing the spinal fluid from the back of my neck. Soon I won't feel a thing. By the time the US invades Iran, I won't even realize that Jeb Bush was elected President.

Moving on to much more important things, I have a copy of The Adventures of Pete & Pete: Season One reserved for me at the local Best Buy. You have no idea how long I've waited for this groundbreaking show to be officially released, and if you're not familiar with it, you should. If you like Arrested Development, Freaks & Geeks, Angus, The Wonder Years and all things indie rock in the early 1990's, this show is vital to your existence. Still one of the greatest television shows of all time in my humble, television-loving opinion.

Secondly, I received this wonderful piece of Spam in my inbox some time ago. It's fantastic, and I wanted to share it with you. I haven't omitted or added anything to it. Enjoy!

Subject: Where did Ryan go?

In the middle of the night, I was walking by the sea, and baby baluga jumped out from amongst the bushes. SO one day Mr. Gregor exclaimed "Why do skater normals have no preppy either?!?!?!" So I wanted to watched. or Maybe if I wanted to watch it then I had a dream that countless historian lost their credit but i dont Remember what it was. I don't like you but can I have your autograph. No one wants your autograph so I started to cry in the pizza shop. Where did Ryan go? He must have moved to Ohio.

Remember, someone had to have typed that. I'm going to write a song based on that story someday, you can bet your ass.

Finally this evening, I have yet another idea to promote visitor participation with me. In the past, these ideas have really hit the ground hard. I tried the cartoon thing, nobody liked it. I wanted people to submit ideas to Boycott Unity, people didn't follow me over. Even the eyeball thing was like pulling teeth. So why do I continue to try to get you to play along with me? Beats me, maybe I like failure. Nevertheless, I have another idea to try to fill up my inbox.

Stealing an already existing idea from the fine people at Tiny Mix Tapes, I am offering my services as a Human Mixtape Generator!

The idea is simple. You e-mail me (communistdance@yahoo.com) an idea for a mixtape (or just post a comment). You give me the subject, the idea, the setting, whatever you want, and I'll shape a mixtape around it. I won't actually make the tape, I'll just post the track listing as a suggestion. If your looking for examples, go here. It'll be fun, I promise. In honor of our pal Andrew getting his car broken into and his CD's stolen, this first mixtape is dedicated to him, free of charge.

"Mixtape for having your car broken into, and all your CD's stolen."

There you go, hopefully more will be on the way. Have a good one.