More days, more steps. This is the finale, kids.

1. We had breakfast in the hotel restaurant. They had good omelets. 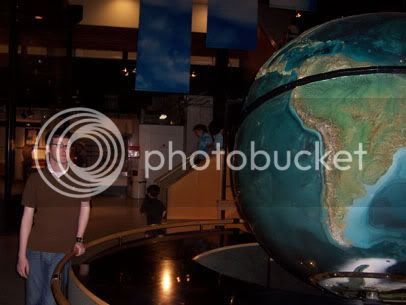 (I'm happier than I appear to be. Promise.)

2. From there, we headed off to the Ontario Science Museum. This wasn't originally on the itinerary, but I thought it looked interesting, and most everyone obliged. It was interesting, but there were children everywhere. Eventually, their screams and overall Neanderthal nature caused us to leave early.

3. We wanted ample time to fully explore the Art Gallery of Ontario, so we scheduled about five hours for it. However, due to construction, there was about 5% of the museum open, and we were out of things to do in less than an hour. Most of the pieces were blank canvases or some other arbitrary ode to conceptual art, so we grabbed some lunch there and headed back into the city. 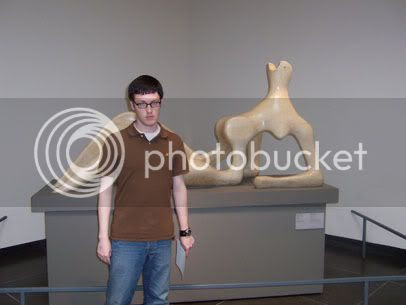 (I'm pretty cranky here, no doubt about it.) 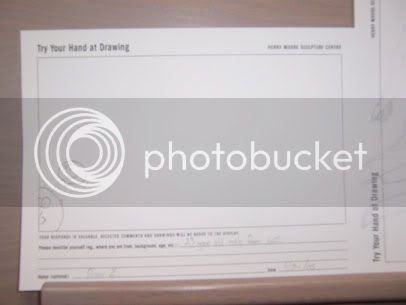 (At the art gallery, there were these cards you could draw on, and people would choose which ones would go in the gallery. I drew a stick figure saying "Art is hard!", and took the liberty of just placing it in the gallery on my own. If you go there, it's probably still up in the gallery. Man, that place sucked, and I said "gallery" five times in one paragraph.)

4. We went back to Much Music Studios for a tour of the Television Museum, which boasted antique television sets throughout the ages. They were closed, so back to the hotel we went.

5. Somewhere around this time, Ben and Sherry switched up driving and navigating privleges. Ben almost had us killed ten seconds in, but they quickly recovered and pulled it off without a hitch.

6. We were waiting for our reservations at the Biagio, a beautiful bistro in the heart of the city. We were hungry in the meantime, so we spotted an abandoned cake in an empty conference room. We helped ourselves to some, and ate them back in our rooms, without utensils.

7. The Biagio was an amazing place. The wine list was about 20 pages, and there were bottles of wine that were more expensive than my car. Even the bottle we requested was $45. How redneck of us to take a picture of my dessert. 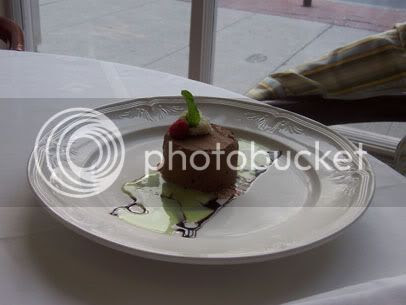 $160 later, and we figured out we'd have just enough cash to make it back to Sun Prairie. We went back to the hotel and packed our things for the journey home.

8. The next morning, we found out that the hotel sort of screwed us on the bill, so we ended up paying a bit more than we wanted to. Nonetheless, it was dirt cheap thanks to Sherry's discount, so I wasn't complaining. We packed the car and hit the road. 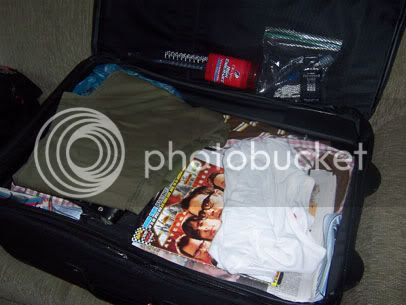 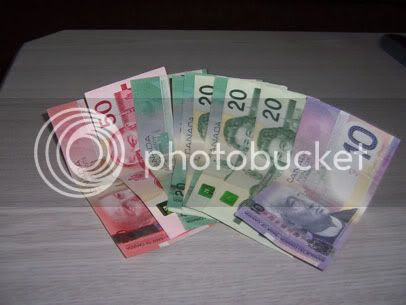 (This all went to Canadian perscription drugs.)

9. People kept telling me that entering the U.S. would be a lot harder than entering Canada. After our initial experience, I was sincerely worried about the return venture. The guy at customs barely looked at us, however, and we entered the country without so much as a pat down. 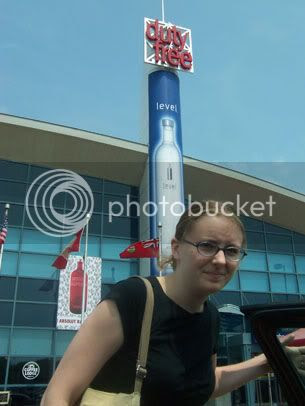 (Sherry likes to shop at the Duty Free shop.)

10. The drive back was peaceful and tiring. We slept on and off, listened to a lot of bad music (mostly mine) and made it back to Dane County safe and sound.

Toronto was amazing in many ways as a city. It was massive, looming and foreign. Most people didn't speak English, their money was funny looking and we were often discouraged with our lack of intelligence about the city. It was nothing if it wasn't a learning experience. All the time, people ask me how it went, and I always tell them that I had a fantastic time. There was no other people that I would have wanted to share it with more, and I truly believe that we emerged from it just a little better off than we were before we arrived.

America is frowned upon outside of itself, as it should be. This was made clear to us every single day of the trip. I wanted to explain to these people that we weren't all crazy, and that 50% of us can't stand it as well. It was this bleak nature that tended to upset me at times, but also enlightened me as well. It made me feel good to know that my beliefs were shared with a good chunk of the planet. It just reaffirmed to me that I was right, which is always nice. The trip was over for us about a month ago, but I can still remember most of it immediately. Perhaps that will disintegrate as the months roll on, but I know that there are some things I'll never forget. The view from the CN Tower. Spending my first anniversary in one of the biggest cities in the world. The customs guard yelling at us ("Get 'oot of the way!"). The sound of Niagara Falls. Casa Loma. The Toronto traffic. A million people saying "eh?", and not kidding. It really was amazing. 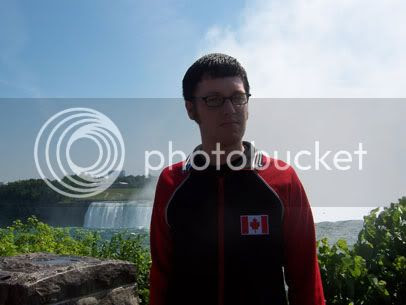 (Questions, comments or concerns about day seven, eight, or any part of the trip at all? Sound off in the comments section. To the kids who went with, feel free to include anything I may have left 'oot.)

Freelance Ahoy!
Just a quick update, letting you know that I now have up all of my freelance articles for your enjoyment. They can be found right on the top of the sidebar, under "Freelance". They are organized by whatever it is that I was reviewing at the time, and I'll keep it updated any time I have another article published. Just another way I'm working to make you look at everything I've ever written in the last two years.

In other freelance news, I've again submitted samples and whatnot to Isthmus, the big Madison magazine that has already turned me down for a job once. Perhaps this time they'll come around. I'm currently working on another album review for Core Weekly, along with an exclusive interview with my favorite band of 2004, Communique! They're playing in Madison in two weeks, and I'm handling the write-up. I will be submitting it by the end of next week, and it should be published on Thursday, July 21. The show will be on Tuesday, July 26 at The Annex. I'm really looking forward to this write-up, and I hope that I do the band justice after they were so nice to answer all of my questions. You should buy their album, because it's great.

That should do it for today. I'll be back this week for the shocking conclusion of the Toronto Diary, along with the legendary CDP POST #200. Stick around, won't you?