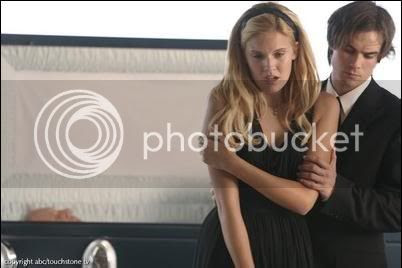 (Here's a still from the next new episode, "Abandoned." Remember, Mr. Rutherford died on Jack's operating table, as well as Boone.)

Another Lost Friday is upon us. We have much to discuss.

This week, we got to re-watch episode 2, "Adrift". Next week, ABC will re-air "Orientation", leading straight into our next new episode, "Abandoned", which will air on November 9.

Straight from the rumor mill, here are some upcoming episode titles, descriptions and air dates:

Sawyer's wound becomes life-threatening as he, Michael and Jin make their way through the interior of the island with the tail section survivors. Meanwhile, Shannon is once again haunted by visions of Walt. Also, Shannon's shocking past of her former marriage as well as her manipulation of people prior to the crash are revealed. Plus, there is the revelation on the death of Shannon's father who ended up in the hospital where Jack worked. Lastly, Charlie becomes jealous of Locke's interest in Claire.

In this episode, someone is going to be killed. Judging by the fact that there will be Shannon-centric flashbacks, there's a good chance it will be her. Also, expect to see a return appearance by everyone's favorite castaway corpse, Boone.

The harrowing first 48 days in the lives of the tail section survivors are revealed.

The cast of the tail-section survivors has been revealed, and it will become a little more clear what exactly happened to them. So far, this is all we know for certain. I think this will be an Ana Lucia flashback episode. Here are some sweet stills to hold us over. 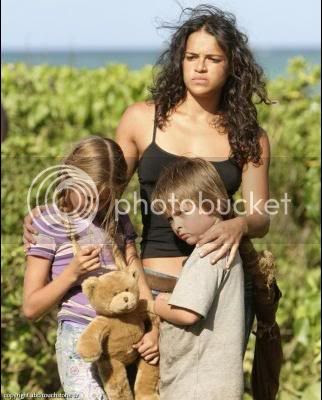 (Here we see Ana Lucia with a few kids following the crash. These kids are obviously dead or in the mitts of the others now. Recognize that teddy bear?) 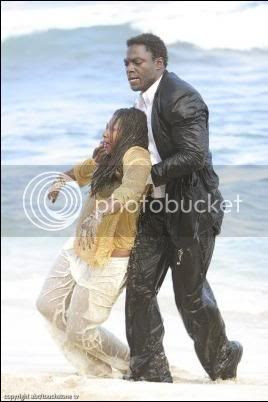 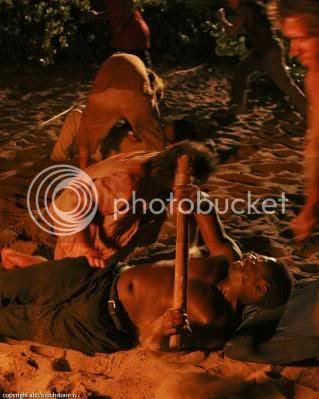 (From what I can tell, this is one of the many attacks on the camp by the others. More to come.)

Violence erupts when Ana-Lucia and her group stumble upon the other castaways. (Ana-Lucia- centric)

As Kate’s backstory continues, her original crime is revealed. Locke and Eko make an interesting discovery about the film, and Michael has a mysterious encounter with the computer. (Kate-centric)

It's amazing to think that we're only a handful of episodes into this season, with all that's happened and whatnot. As the weeks go on, I'll be filling in the blanks more with what we can expect.

Remember, Darren Aronofsky will be directing an episode sometime next year. I'm hoping that they give him a crazy Hurley psych-ward episode, because that would be right in Aronofsky's wheelhouse.

So, there you have it. Start the discussion in the comments section. Have a good weekend. 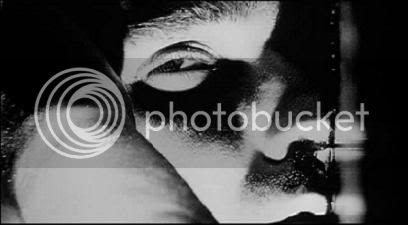 Who knew cult director Darren Aronofsky was a fan of the boob tube? The Requiem for a Dream helmer has just signed on to direct an episode of ABC’s Lost, which will likely air at the beginning of May sweeps. “It was one of those fantastic calls out of the blue,” says Lost exec producer Carlton Cuse. “His agents let us know he liked the show, and we jumped at the opportunity. Apparently, he had been watching Lost while up in Montreal shooting The Fountain and got hooked.” Speaking of which, won’t this interfere with completing The Fountain, the director’s six years-in-the-making sci-fi epic starring fiancée Rachel Weisz and Hugh Jackman? “I think he will be done,” speculates Cuse. “We scheduled it so that [the episode] is coming on the heels of finishing The Fountain. And we will try to put together a story that will be well-suited for Darren’s talents and visual imagination.”

My Goddamned head just exploded. I can't believe it.

This episode is going to flat-out, freaking rule. Now that I can imagine it, this seems like a destined match made in heaven (The parallel about 'the numbers' is like something straight out of PI). Lost is insane enough as is, but Aronofsky's episode....oh man. I'm seriously giddy right now. Hooray for May sweeps!

Spill it in the comments section.

Return Of The Link Party. 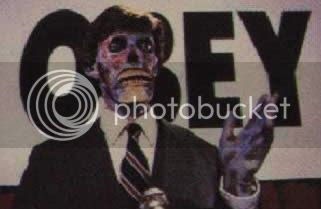 Here are a few links and stories to get your Hump Day off to a good start.

1. Calvin & Hobbes is the greatest comic strip that ever was, and in this article we get to see what creator Bill Watterson has been up to recently...not a damn thing. His reclusive nature and unwillingness to cooperate with the syndicates is legendary, and it just adds to the brilliance and timeless quality of the strip. The Calvin & Hobbes anthology is coming out just in time for Christmas, so check it 'oot.

2. Did you miss the longest World Series game in history? Well, me too. I took some NyQuil and was out by 9:00. The White Sox lead the series 3-0, and look to close it all up with a win tonight in Houston. The very fact that I had to watch Barbara and George Bush Sr. behind home plate all night made me want this to be over as soon as humanly possible. Sort of like his presidency.

3. Streetlight Manifesto got robbed of just about everything they own on tour. Check out the story, and see if you can't send a buck or two their way. Of course, I didn't personally donate any money to them, but it would be nice if you would. I'm still mad at them for lying about having their new album done a year ago, when in actuality they haven't even set foot in the studio yet. Either way, it sucks to get robbed, and I hope they bounce back.

4. Rivers Cuomo is going back to Harvard for an English degree. In this article, he talks about his vow of celibacy, meditation rituals and focusing on his music writing. Even after all that, Make Believe still sucked out loud. Their tour ends with a 7-venue stop in Japan, so perhaps that vow of celibacy will come to a screeching halt. Personally, I'll be listening to Pinkerton all day, and wondering where it all went so very wrong.

5. The Girl From Mars leads a melon discussion.

7. I Think This Is My Exit makes a rainy day mix tape.

8. Sandbox Films gets props from a local TV personality.

9. The CDP is moving quickly through October, and straight into year two of SWEEPS MONTH. If you remember from last year, SWEEPS MONTH is an all-out blitz for as many hits as possible for the month of November. Celebrity guests! Nudity by the truckload! Midgets, midgets, midgets!!! You can expect anything and everything in an effort to generate the best month ever here at the CDP.

Here's just a few things you can expect to see this November:

Top 10 Of Everything.
CDP Year In Review.
Best/Worst Of 2005.
Best Comments Ever.
Albums Of The Year.
Boycott Unity/72 Hours.
The Wayback Machine.
A New Look, Perhaps?

Plus a ton more. You'll like it, I promise.

There's still a week of October left to enjoy. Enjoy it.

You Make Me Sick. 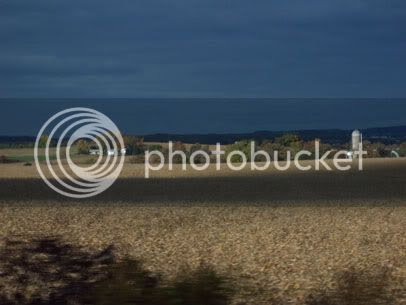 Who says we never get out of the house?

In the spirit of Autumn, me and the Missus hit the open road every now and again, in search of small towns and moderately-priced scented candles. This week was no exception, as we took a few days off of work, piled into the CDP-mobile (The Wild Stallion), and fled Madison. 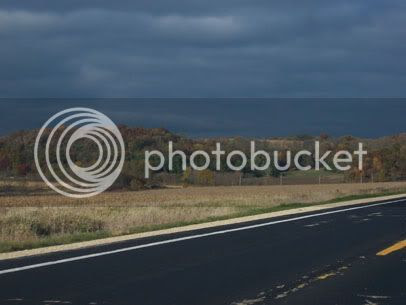 One six-pak of assorted brews, courtesy of the New Glarus Brewery. I picked up some Octoberfest beer, Barley Wine, some Bock and the world-famous Spotted Cow.

One bottle of spiced Concorde wine, courtesy of the Cedarburg Winery.

One cappuccino scented candle, courtesy of "Shoppes on the Square" in New Glarus. 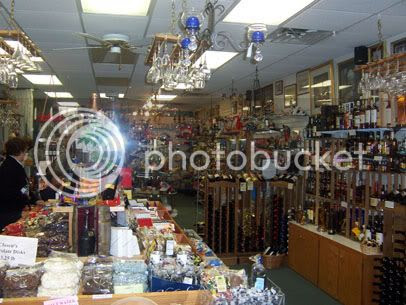 One batch of the best beer-battered cheese curds I've ever tasted, courtesy of the "Old Mill Inn" in Cambridge.

Several assorted German chocolates and miniature bottles of schnapps, courtesy of a shop in Cambridge or Fort Adkinson. 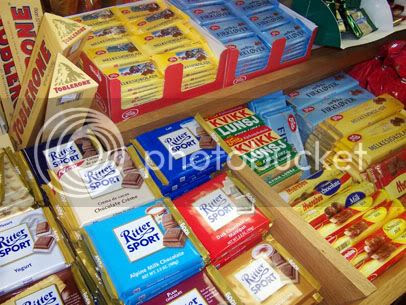 One bottle of Apfelmost spiced apple wine, courtesy of the Primrose Winery.

One of the best grilled cheeses you can purchase in southern Wisconsin, courtesy of the Hotel New Glarus.

A half-pound of Milk chocolate and Pumpkin fudge, along with some cookie-dough ice cream along the way.

There may have been more, but I'm shady on the details because I'm drunk, wired beyond control and haven't gone to the bathroom in days. Okay, none of that is true. 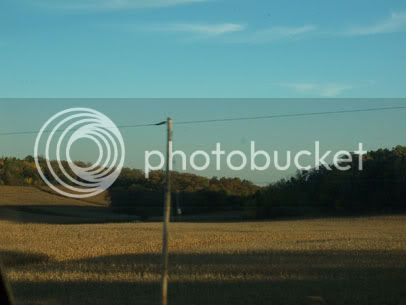 Yesterday, my Mom and Grandma came down to visit, which was a pretty good time. If anything, it was the perfect excuse to spring the birthday/Christmas present on my Mom earlier than expected. Her birthday is on November 28, but we have a hard time hanging onto a present when we have it all wrapped and whatnot, so we had to give it to her on Saturday.

What was the present? It was a new Kodak digital camera with printer and dock. We figured that she would want it before Thanksgiving and Christmas, so she could actually use it for the holidays; it was really a no-brainer. She was happy. We were happy. Heck, the world was happy.

The only drawback of the day was that everyone was sick but me. Every pause in conversation was met with an earth-shattering sneeze or cough, as fellow tourists and day-trippers side-stepped and avoided the sicklings.

Then came Sunday. The storm clouds rolled in, the Packers lost and my car broke down. I can deal with these setbacks, but I don't have to tell you that it really sucks when your car starts screwing with you. I'll be spending my Monday off taking the Wild Stallion to the dealership for a no doubt expensive overhaul.

Until then, you can expect to find me and the Missus curled up in front of our first roaring fire of the season, deeply breathing in the delightful cappuccino candle. We'll be sipping spiced wine, nibbling on chocolate and cheese and watching game 2 of the World Series.

Tomorrow, it's back to business. What have you been up to?