Man Your Battle Stations.
The following post has once again been rated: 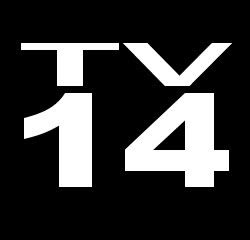 For sexual content and dialogue. Please make it all stop, I beg of you.

If you're just catching up on the ongoing, wide-awake nightmare that is my loud neighbors, let me get you all squared away. I have neighbors who like to get loud in the bedroom, and I don't mean by playing Scattergories, yo. Exceedingly loud. FAA citation loud. If you want to start from the beginning (which I recommend), you can read PART ONE, PART TWO and PART THREE right here. I can wait; I've got nothing but time.

Approximately two days after the neighbors (presumably) received the 'shut the hell up' note from the leasing office, we saddled back up in the bedroom to see if we could finally attempt a decent night's sleep. We had assumed they should have gotten the point by now, after putting on such a show for the last two months. I was getting some writing done that night, so the Missus went to bed a little bit before me. I tucked her in, smooched her forehead and clicked off the light switch.

No less than five minutes later, I heard her come out of the bedroom.

"I can hear them," she called upstairs to me.

"Damn it," I muttered under my breath. "Are they as loud as they usually are?"

"I mean, are they making an effort to be more quiet?"

"Damn it. Honey, I really don't know what to do. I guess we can give them another day and check again with the leasing office."

"Well, I need to get some sleep. Goodnight."

She closed the bedroom door, and three seconds later I heard the unmistakable sound of the Missus slamming her fist feverishly on the bedroom wall. It had finally happened. We were making our voices heard.

"I'M SICK OF THEIR CRAP!" She yelled.

Upstairs, I cringed. I honestly felt some sympathy for the neighbors. After all, it would appear like they are trying (and failing) to get pregnant, and that can't be a good thing. That being said, this 24-hour a day freak show can't continue on any longer. They've firmly ignored two cease-and-desist letters now, including one sent by the leasing office. After the Missus' tirade, I didn't hear them again for the rest of the night.

She showed them. For now. 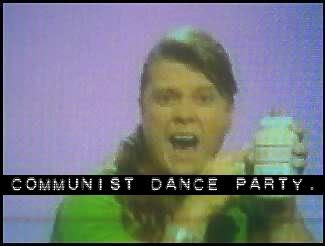 "Yeah, baby! This post is Tony Little approved! You can do it!"

Over the next few nights, it was tolerable, but not pleasurable. You could tell that they were making a conscious effort to (sometimes) tone down the exclamations and whatnot, but we could still hear everything. The main problem is the wall that separates us. I mean, we can hear them just talking through the damn thing, so there's nothing they can do in that bedroom that's going to go unnoticed by us when we're directly on the other side. The same goes for us pertaining to them. It's a real pain, considering the leasing office told us the walls were 'soundproof'. Bull roar!

We honestly thought about moving. We thought about turning the downstairs bedroom into the new rumpus room, and moving our bedroom goods up to the loft.

All of this sounded like far too much work, however, so we put in some earplugs and turned the fan on full blast.

So, here we are. Sleeping with earplugs in. We keep the bedroom door closed to keep the cats out, which in turn, leaves all the heat out. Keep in mind that it's currently 15 below outside, and we now have a running fan to deal with. I don't know how long I can keep this deaf, shivering charade up, but it's a good quick fix for now. Also, if the house starts on fire, I know I'll just sleep right though it.

We're starting to come to the harsh realization that these two bedrooms are always going to be linked and paper-thin. I like to consider ourselves good neighbors, doing what we can not to annoy them like they have annoyed us, and once they have this baby, we're thinking the 24-hour party people will finally give it a rest for a spell. It's not the solution I wanted. Hell, it's not the solution you wanted, but as long as the Missus gets her 8 hours in, I'm a happy guy.

That all being said, this matter is far from over. These people are continuing to bother us, so if we just plain get sick of masking the noise, we're going to march right over there and confront them face-to-face. We also plan on audio recording the goings-on; heck, we have a lot of weapons at our disposal. They have no idea what we can do to them.

You might want to stick around. We're down, but we're far from out. That battle is just beginning.

What would you do? Sound off in the comments section, and draw up a plan with me.

Comments:
Audioblog it. Then put an advertisement for your site on their door.

That's the next step, I think. Record them, post the audio, and slip a CDP link under their door. Then they'll see that they've become an Internet phenomenon, and send me a hefty check.

That plan could backfire terribly if they're actually looking for an audience.

True 'dat. For a while, we thought that they enjoyed the fact that we could hear them, but now it seems like they are trying (and failing) to keep it down.

If anything, this has rekindled talks about buying a house.

I think we all know that this will never really be settled until you both agree to have your cases heard by Judge Judy.

Judge Judy would totally side with us, too.

Also, because of its spicy nature, they'd probably air it during sweeps.

Judge Reinhold would hear your case.

Just wait till the baby comes....

Crying all night long for 6 months... Oh no, this is far from over.

I think you guys might be screwed in this situation.

So, really... How much do you like your place? I mean, people have moved for far less.

I think you guys might be screwed in this situation.

right through the wall

We are screwed. Even if she finally gets pregnant, it's only a matter of time before the baby comes along. And that's going to be far worse, and far less entertaining.

We really are starting talks about moving out. Not entirely because of the neighbor situation, but just because it's something we've been planning for a bit now. The goal is to either get a home or new car this year; and while it would be financially easier to get a sweet ride, a new home is looking mighty nice right about now.

I haven't slept in days. I need a vacation. Get Judge Reinhold on the phone.

That kinda crap's never going to end till you buy or rent a house. Or maybe a duplex with a quiet neighbor. I lived in a duplex and it was pretty nice, it was the garage and kitchen/dining that shared the wall with the neighbors.

Exactly. What kinda moron architect makes it so neighbors have to share a bedroom wall? Look at any duplex in the world, and you'll see that they share a garage or dining room wall. The bedrooms are on polar opposite sides.

Maybe I can convince the leasing office to blast some insulation into that wall. Or maybe I'll just move.