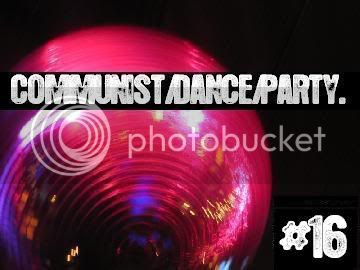 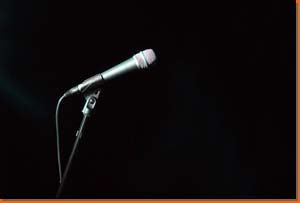 For most of my life, people have told me I should do stand-up comedy. This is due in part to the fact that not only am I good looking, but also insanely funny. So funny, in fact, that I should be allowed to talk into a microphone on an illuminated stage, thus proving that my jokes are more important and thought out than yours. It's the only real way to separate the contenders from the pretenders.

The thing is, my public speaking woes have all but destroyed these dreams, leaving me to wonder what might have been. Also, I'm pretty pale, so when those stage lights hit me, I disappear completely from sight. To those in attendance, it would look as if a radiant, heavenly glow was standing behind a microphone, talking at length about airplane food and fanny packs.

Nevertheless, I often fantasize what my routine would consist of, and how it would be received.... 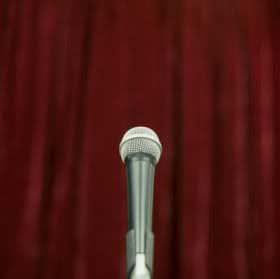 MC: All right, ladies and gentlemen. Thank you for coming out to Open Mic night here at the Ha-Ha Hut. Let's all give a warm welcome to a young man making his first stand-up appearance ever. Here he is, the CDP!

(Polite applause from friends and family, pompous silence from locals and other comics. Brief camera flash as my mom takes a picture. I take the stage sporting a fake moustache and briefcase, and pull the mic from the stand.)

CDP: Thank you. Thank you very much. I appreciate it.

Well, it's great to be here in (name of city); I took a walk downtown this morning. Hey, did you ever notice that the homeless guys always make you feel bad for not giving them money?

(Very light applause, somone in the back says 'yeah!')

(Crowd is stunned. My mom claps twice before she's restrained by my sister.)

Well, nevermind. I'm just kidding the homeless. They're good people. Some of my best friends are homeless. It's not like there's any homeless people in the crowd tonight. Shopping carts aren't allowed in the club.

(Muffled laughter from the back.)

So, like I was saying, I was walking around downtown this morning, and I went to McDonalds for breakfast. I had an Egg McMuffin. Have you ever seen these things, these Egg McMuffins?

(One person laughs really hard. The sweat from my upper lip causes my fake moustache to go limp on one side.)

CDP: And what's the deal with Ronald McDonald? If you ask me, I think there's something going on between him and the Hamburglar. Am I right, people?

Like, I think they might be re-routing donation funds from the Ronald McDonald house to support their prostitute and meth habits.

(Crowd gasps. Two women in the front get up and leave.)

CDP: Oh, don't act like you weren't thinking it!

HECKLER: I think you suck!

CDP: Fair enough. Now, who's up for some impressions?

(Crowd groans as three more people get up and leave, including the Missus. I try to get my moustache to stick back on, but it's hanging by a soaking wet thread.)

CDP: Okay, this is my impression of the President.

HECKLER: This is my impression of your mom!

CDP: You don't even know my mom!

HECKLER: You idiot! I'm your dad!

(My dad throws money onto the table for the waitress and storms out of the club in a huff.)

(Nobody claps, not even my mom. Moustache finally falls off.)

CDP: Okay, what was I going to do now? Oh yeah, my impression of the Hamburglar.

(Reach into suitcase and put on bandit-style Hamburglar mask. The elastic band snaps, and I'm forced to hold it over my eyes with my left hand, while holding the mic with my right.)

CDP: My fellow Americans, this is your president, George-

(Coasters begin to whiz past my head. In the distance, I hear the sound of a shotgun cocking.)
MY MOM: I HATE YOU! YOU'VE RUINED EVERYTHING! (Gets up and leaves.)

CDP: ...So anyways, I was at the grocery store the other day, when-

(50-pound stage light suddenly comes loose and lands on my head. Microphone, mask, suitcase and myself hit the floor in a heap. Silence and shock engulfs the crowd.)

(Suddenly, the whole club begins to applaud and cheer, standing up and hollering for an encore.)

OVERHEARD IN AUDIENCE: You know, I didn't really 'get' what he was doing until the very end. That bit with the stage light was brilliant.

WOMAN WEARING SCARF AND HORN-RIM GLASSES: Oh, I know! What a great performance artist. He's symbolizing the death of the traditional 'stand-up' comedian. And that thing he did with his 'dad,' genius!

(I'm still on the ground, completely and totally unconscious. An audience member picks the fake moustache off of the floor as a souvenir. Eventually, I'm taken to the hospital by club staff, where I'm treated for massive blunt-force trauma. The very next day, I'm offered a $50 million deal with Comedy Central. Fake moustache from first show ends up selling on Ebay for $8,000.)

The delayed reaction pants-wettings are far more rewarding than the ones that catch you off guard. I'm glad I could help.