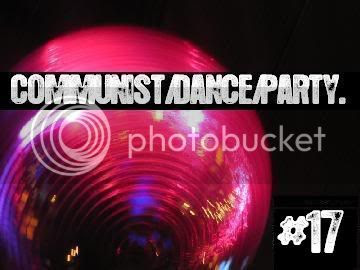 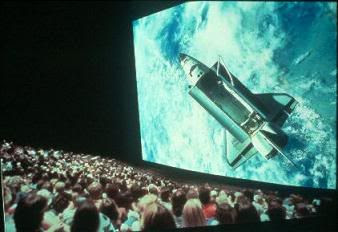 I took the Friday before Christmas off, in lieu of some last-minute shopping and packing for the trip home. One of my errands that day was to run to the other side of Madison to pick up a gift certificate from The Exclusive Company, one of the better independent record stores in Wisconsin. At about 10am (after SportsCenter and a bowl of Clusters), I hit the road.

The trek to the other side of the city takes at least an hour, round-trip. I had to make this journey alone and without a CD player, as mine was on the fritz due to a massive wiring short in my car. I would later find out from my Father-in-law that it was merely a blown fuse, and it took less than 8 seconds and 25 cents to remedy the situation. I bet he worries about his daughter constantly when he's not around, and I really don't blame him.

I spent most of the trip singing out loud to myself and drumming on the steering wheel. That morning was particularly frigid, so my voice shivered off-key. It was then that I found out I do a very good Bright Eyes impression when the circumstances are right. I made a mental note of it and focused on the road.

Just then, my eyes caught a glimpse of a huge billboard on the eastbound side of the beltline. It was an ad for Harry Potter and the Goblet of Fire. I took the Missus to see 'The Gobb' the day it came out, for which she was pleased, but this billboard was a little different. They were going to be showing 'Gobb' at the only IMAX theater in the county.

This represented a moral dilemma in my eyes. Do I tell the Missus that she has the rare opportunity to watch a 4-story-tall Rupert Grint make dumbass faces into the camera for 150 minutes? Or do I keep my fool mouth shut, confident that she's content in just seeing 'Gobb-Gobb' on the little-big screen once in her lifetime.

I gave in and spilled the beans just as quickly as I could, and before you know it, I was attending the 7pm showing of 'Gobble-Gobble' at the Fitchburg IMAX-itorium. 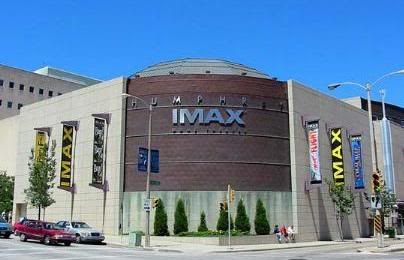 I had never been to an IMAX theater before; presumably because my Mother was afraid of them. The Missus, on the other hand, was an IMAX aficionado, hitting screens from here to Vegas in her short 22 years on the planet. She gave me a briefing before we got there, just so I didn't puke the instant I entered the theatre.

The show was sold out, which always spells trouble for any paranoid neurotic. To me, there's nothing worse than a sold-out kids movie that's also appreciated by college-aged nerds. It's almost like they're in a heated battle royale to see who can annoy me the fastest. Fortunately, I have the jump on them, as I get annoyed minutes before my ticket is even ripped.

If you've never been to an IMAX theater, imagine a film being projected off of the Washington Monument, while pressing your nose against the first-floor elevator. Oh, and since the action is super-sized, so are the prices. Two tickets to 'Gobble-Tron' ran us $22.50. Throw in a large popcorn, two sodas and some Junior Mints for yours truly, and we're talking close to $40. Add that to the fact that we've already seen this movie once before, and we've pretty much given $75 to the 'Robble-Robble' film franchise.

Before I get into the actual IMAX film-watching experience, I want to share my thoughts with you concerning the movie theatre itself. By following by 10 simple rules, movie theaters can be a much more rewarding and memorable experience for all the right reasons. I like to call it: 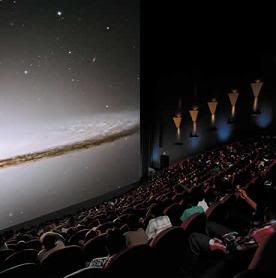 #1 - Charge more for tickets. Double the price, I don't care. Kids and adults alike are going to movies without any intention of even watching them. If tickets were $25 apiece, less fools would show up, and only those who really cared would be in attendance. This would bring more film lovers out of the woodwork to pick up the slack, and the industry wouldn't miss a beat. There are already high-class theatres across the nation that are having much success with this formula.

#2 - With the aforementioned jack in ticket prices, they can do more to make the theatre a comfortable place. Wider lanes, comfier seats and a larger menu could all boost profits. Put in a vertical row every 5 chairs, so losers who can't hold their urine aren't always stepping on your feet and getting in the way. Install tray tables and serve pizza, burgers and fries; they're quiet foods to eat, and nobody will think of hurling them at others, because they will cost $18 each. Again, some theatres are already doing quite well with this shift in consumerism.

#3 - At showtime, the doors lock. Nobody can get in and nobody can get out. If you have to whiz or grab a bag of Goobers, you can leave, but will not be permitted back into the theatre. Screw the 'vertical row every 5 chairs' business, because once you sit, you're not standing until the credits roll.

#4 - If someone 'reserves' a row of chairs by placing personal goods on them, such as coats or concessions, you are allowed to not only take their chairs, but you may also help yourself to their things. In the real world, the concept of 'savie-savie' is strictly forbidden and stupid, and for all intents and purposes should be punishable by death.

#5 - If you applaud or cheer for a trailer or the start of the film, you will be asked to vacate the premises. Your ticket will not be refunded.

#6 - Each chair will be equipped with a motion and audio sensor that measures how many times you shift, talk, stand up or kick the chair in front of you during the course of a film. If you exceed the set number of parameters for your specific chair, it will explode.

#7 - Before entering a theatre, your picture will be taken and electronically linked to your ticket stub, which you will swipe on the armrest of your chosen seat. If you decide to switch seats, talk, answer your phone, or do anything that will otherwise disrupt the experience of those around you, the movie will instantly stop and be replaced by the picture of you. The viewing audience will then have the option to ask you to leave or make your chair explode, depending on the majority vote. They will then be provided with your license plate information and home phone number.

#8 - The MPAA will alter its rating system based on demographics. G,PG,PG-13,R and NC-17 shall now be included with 'Everyone under 21' and 'Everyone over 21.' This will give viewers the luxury to not have to see the film in the company of children or teenagers, or vice-versa.

Parents may accompany their children if they are under 13, and alcohol will be served at 'Everyone over 21' shows. Beer will cost $13 a bottle.

#9 - If you are under 13, you will buckled into your seat. If you are over 13 and can't sit still, your chair will explode (see previous rules on chair explosion).

#10 - In between each chair, optional dividers will be provided, much like those used on Jeopardy.

If cinemas would start adapting just a few of these rules into their gameplan, I'm sure they would notice an immediate change in sales and morale.

We were sitting in a row just behind 7 children all under the age of 5, accompanied by adults who were louder than the kids were. To the left of us, a young couple who fell asleep in each others arms 30 minutes in, and to the right of us were three of the loudest college nerds I've ever seen.

These grown men and women were going on about how cool it would be if theatres introduced 'Smell-O-Vision' into the viewing experience. They were talking as if they had come up with a radical new idea, while the Missus kept muttering, "Polyester! John Waters already did it with Polyester in 1980! Aaauugh!!!"

(For the record, John Waters used 'Odorama' as an homage to 'The Scent of Mystery,' a 60's movie that is to this day the only 'Smell-O-Vision' feature in existence. Now you know.)

The best thing about the IMAX is that once the movie starts, it's deafening. Nobody can talk, because you can't even hear yourself think. I remember the usher saying something about 12,000 watts of power, which is large enough to run a small radio station if my math is correct. Sadly, once you get over the fact that the screen is really, really big, it just becomes another movie. Watching 'Gobb-O-Matic 5000' was nice even the second time around, and when the film was over, I was in a much better mood than when it started. I don't know if this had to do with the experience itself, or the fact that I was now stone deaf and blind.

In conclusion, watching a movie on an IMAX screen that's not made specifically for an IMAX screen (like space exploration or natural disaster documentaries), is nothing too special.

However, during the bathtub scene, Harry's nipples were the size of doorknobs, so we all had that going for us.

Comments:
I should watch Goblet of Fire right now!

Do that. Make sure it's done by the time I get home, though.