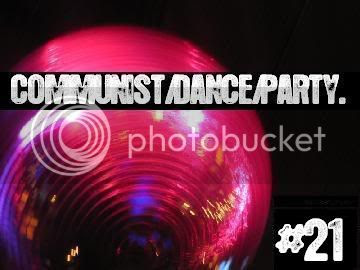 It's a little past midnight on Friday right now, and I'm just getting ready to go to bed. The house is clean, the cats have been fed and properly groomed, and I'm wearing my flannel pajama bottoms. As you can see, married life has turned me into the man I've really always been.

It's pretty obvious that the Missus didn't have to work very hard to rope me into this. I was never much into casual dating, I disliked parties to no extent, and the women I hung out with had such crippling emotional baggage that I almost went gay my Sophomore year. The thought of waking up next to someone I truly cared about was what sent me onward and upward, looking for that person who would settle for a egomaniacal knob like myself. I'm more true to myself lint-rolling the furniture than I ever was pretending to listen to 15-year olds go on about their boyfriends.

Most guys like choices. They compare it to cereal. If you could choose between eating the same bowl of cereal for breakfast every day for the rest of your life, or getting to pick from the variety pack all the time, what would you choose? It sounds simple, but what guys tend to forget is that variety isn't an earned privilege. Just because you're single doesn't mean you get free reign over anything you want. Aside from that, the variety packs always leave me unfulfilled and ashamed.

Nothing turns women off faster than a single guy. Single guys don't know how to take care of themselves. Without a gentle-but-firm female counterpart around, guys fall to pieces. They put on weight, refuse to shave, listen to terrible music, buy clothing that most women can't stand and then they wonder why the phone's not ringing.

Meanwhile, a guy with a significant other is well taken care of. The woman drags your ass out of bed, wipes the crust out of your eyes, and puts a ironed shirt on your back. Suddenly, women won't leave you alone. It's unfair, it's completely baffling, it's women in a nutshell. I couldn't love it more. What women don't like about men, GOOD men REALLY don't like about men.

All around my place of employment, I hear bitter women venting about how much men suck. Suddenly, after 20 years of marriage and 4 kids, they realize that they can function on their own. They finally realize that they married a selfish, unresponsive, sexist prick that has no idea or intention of making their wife happy. The truth is simple. Most men DO suck. Most men think about themselves first, and refuse to make decisions with anyone else in mind. Most men cannot recognize any pain in their significant others unless she's crying or bleeding. Most men are selfish without even realizing it, and when confronted with the facts, will have the nerve to try to blame it on the nagging of the woman.

Listen, jackass. If that woman wasn't there for you, you would have absolutely no idea how to function as a normal human being. Sure, you THINK you'd be okay, but you'd be a damn mess and you know it. You should be so lucky that this wonderful woman has offered you the rest of her life to attempt to whip you into decent shape, simply so she can show you off to her friends at gatherings. Do NOT let her down. She deserves better than you, and you'd better make damn sure that she never realizes that.

It's not hard to make a woman happy, despite what you may think. Allow me to share with you the simple, 3-step process to making a woman content for the rest of her life:

I'm not writing all of this because I want to impress anyone, or to show off my feminine side. (Although my feminine side is quite a rare wonder.) You just need to understand that I don't like guys very much. For the last 22 years, I've had to listen to the most asinine comments come out of the lips of men, and pretend to agree with it. Friends, relatives, politicians, everyone. It troubles me to no end to think that behind each of these men, there's a women who's upset because of it. No doubt, the women are firmly in control of the relationship, but it's still not fair to hurt someone you love because you're retarded.

Not only that, but I don't think that all these loser guys deserve the women they're with. Regardless of all the mind-bogglingly awful things that we do, men still get more women than any other species on the planet today. This isn't right. The next time your man pisses you off, play hardball. Tell him that you're going to run off with a Yak, or perhaps a Teddy-Bear Hamster. An animal who knows where the nearest stream is, and who keeps in shape on their little exercise wheel. Obviously, it's getting late, and I'm starting to ramble a bit.

My final thought is this. Men, you have no idea how easy you have it. All women ask of you is that you treat them the way you want to be treated. They may never make up their mind about where they want to eat dinner, but they'll never waiver on the respect thing, I promise. Some women have serious problems, some men have serious problems, but the majority of people just want a pair of eyes looking back at them and nodding.

It's the least we can do.

Comments:
For the record, I am intending to run off with a Teddy Bear Hampster. A female one, though, as the males have freakishly large nuts that really frighten me.

If my comments section allowed emoticons, I'd be using the one with the bugged-out eyes right now.