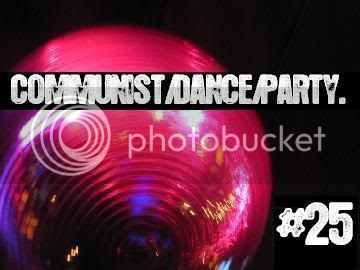 The time has come to talk about death.

Well, that wasn't the right picture at all.

Oh well, I'll fix it later. Besides, it lightens the mood a bit. It's best to talk about death over muffins and your favorite breakfast beverage. Not death in general, or the death of you, for example. This is much more important, because it concerns the death of me.

I decided to crunch some numbers and attach some sort of equation to my mortality. Knowing me, you'll understand that I have to do this in order to get an accurate grasp of something like this. I'm not trying to be too depressing, and I sure as hell don't want this to turn into some chain e-mail, like "Cherish these moments!" It's just that I find myself wasting a lot of time during the day, either willingly or otherwise (work + sleep, for example). Every week, every day and every hour adds up, so pay attention to where they all go.

The average passing age of a person living in the US is about 74 years. This breaks down to about 27,010 days in a lifetime. I'm a non-smoker, vegetarian, a rare drinker, and I don't do drugs. I do, however, suffer from crippling stress and have a family history of serious medical problems.

I'm figuring I'll make it to 70, barring an accident, of course. Anything beyond this has always been considered bonus time in my book. Making it to 2052 sounds like a decent enough goal.

This means that I will have 25,550 days in which to live my life. Problem is, I'm already pushing 23 years old. Doing the math, that leaves me with 17,155 days left. I've already used up 8,395 days in my couple decades on the planet, averaging to about 33% of my life already being over. That's ONE-THIRD! Make a pie graph out of that, and you'll see how much of a segment that is. Did I use that 33% of my life wisely? I think I was more responsible with my first 22 years than most. Plus, it got me to where I am now, which is better off than I ever thought I would be. If it was pass/fail only, I can look back and honestly say that I passed. I have few regrets, a few traumatic moments and a few really good moments. I'm satisfied enough.

Well, before I start rationing out how I plan to spend the rest of my time here, we have to subtract a few necessary functions.

I sleep about 6-7 hours a night. I can't function without it anymore. I'm sure this number will only get larger as I get older. For the sake of argument, let's say that throughout the rest of my life, I will sleep an average of 8 hours a night. That's 33% of your day, and 33% of your life spent unconscious on a mattress.

(Munch,munch) You know, 11 thousand and some odd days isn't that much time, and we're not even close to done subtracting crap yet. Let's talk about eating, for example.

We spend at least 2 hours a day just eating stuff. You can't live without food, so I suppose it's good that we devote that much time to Cinnamon Toast Crunch and grilled cheese. Sure, we use this time to converse with each other and watch "Cops" on FX, but the bulk of this time is purely spent shoveling grease into our collective maw. Doing the math, it seems that I will spend at least 22,874 hours eating food. That averages out to 951 days, almost 3 full years spent doing nothing but eating. My total amount of days has now dropped to 10,486.

You know, that food has to come out at some point. You'd be amazed at how much time you spend in the bathroom on a normal day. Taking into consideration expelling of waste, shaving, showering and preparing for Inaugural balls, I spend at least an hour a day in the can. That's being mighty conservative, too. This translates into 437 total days, and my number has now become 10,049.

Do you have a job? I sure do. It makes me sick to think that I spend more time during the day with total strangers than with my wife and family. For 5 days a week, I spend 8 hours and 45 minutes at my job, essentially getting paid to not see my wife. Assuming that I have a full-time job until the age of 55 (Jesus, I hope not), this will translate to a whopping 2805 full 24-hour days spent at work. My death clock has now spiraled down to 7224 days. Considering that I've already been alive longer than that, it's starting to get a little sobering.

Here's something I'm a little hesitant to admit. I watch a whole assload of television. Actually, I think I watch at least 24 hours of television a week. That equals 2248 hours of television every year, and 2444 entire days watching the tube. This leaves me with 4780 days left, kids. (Notice that I didn't say anything about cutting back on it.)

Speaking of television, I spend a lot of time on the computer outside of work, too. I would argue that I spend an average of 10 hours a week on this thing. This translates into 520 hours of computer time a year, and 1,018 total lifetime days spent looking up useless trivia and Googling my own name. I don't plan on giving this up, and my death clock is now ticking down to 3762 days.

When I get home from work, I can't just sit on my ass and drink Wobblers until the Missus comes home. I have to balance my checkbook, change the cats' crap-boxes, make the bed, things like that. I would figure that on any given day, I spend at least 2 hours doing things that I really don't want to do. We all spend many hours doing things that we'd rather not be doing, but have to. This translates out to 728 hours a year, and a lifetime total of 1,426 days spent doing things that we hate. It's truly unfair, and it makes my amount of usable days tick down to 2336.

How's my math? I've been checking and double checking, but I keep thinking that something's wrong. Turns out that my math is correct, It's just not very pleasing. Don't doubt me, I have a calculator and I passed Algebra II with a D-minus.

So, what am I missing? Plenty! I don't know if you're like me, but I have a car and I live in Madison. I spend more time behind the wheel of a car in a day than most people do all week. It's sort of like the slogan for the Marines, only for driving. There's no doubt that I spend at least 10 hours a week driving around. It's an average, and it's conservative. Throw in a few trips back home, and one week will more than make up for a quiet week spent locked up in the apartment. That's another 1,018 damn days behind the damn wheel of my damn car, and I'm down to 1318 days.

So, what are we left with? According to my calculations, by subtracting just the bare minimum of normal things that I do on a daily basis, I'm left with a little over 1,300 days in my life which I can use however I like. I didn't consider health problems, I certainly didn't consider having children, I didn't consider anything that wasn't certain. Best case scenario, I have maybe 3 years left in my life that are currently unclaimed. These bits and scraps of totally free time will be handed to me in 30-second chunks sporadically over the next 47 years.

Woah. What am I going to do with them?

Well, for starters, I'll analyze it until it's gone. I'm doing that right now, and it keeps me happy. Secondly, I'll do a lot of general worrying and venting about everything. Life is interesting, and I'll never stop finding faults with it. Everyone does it, and you know it.

If you're younger than me, you probably have more free time. If you're older than me, well...sorry I brought this up.

Comments:
I like this post; I also like muffins, so I'm not sure which it is that really drew me into this story. But it was worth the time off of my slowly dwindling clock.

I think this is my favorite one so far of your countdown posts. But, I guess that would make sense, as it is a "countdown" of your top 30 posts.

While I like blueberry muffins, banana nut muffins are my favorite - but only if they are made with real bananas and not that artificial flavoring. I also like pumpkin muffins, but only in the fall and winter. Oddly enough, my favorite seasonal bear is called Highland's "Cold Mountain Ale." It tastes exactly like you are drinking pumpkin pie. Sounds gross, but mmm is it good.

By the way, you should look at multi-tasking. Like eating while in the bathroom. Or sleeping at work. It's a win-win situation.

Good God! I was not expecting that. I was suckered in by the pretty muffin, and then... I just couldn't look away.

I've always liked this post a little bit, as I don't think I've ever seen anything else quite like it in the Blogosphere. It's depressing, hopeless and leaves you shrugging your shoulders. It's exactly like meeting me.

I have a friend that's into Homebrewing, so over the past year or so, I've tasted some amazing beers that I never thought I'd enjoy. It's amazing what tastes good in a beer, like Pumpkin, for example.

Actioncat, I put the muffin in the post exactly for that reason. I figured that once people started reading about a countdown to our death, they would have no choice but to see it through to the bitter end. I'm a horrible, horrible man.