Please Don't Make Me Steal You.
I've got three bits of news for you today. Savor them, for they are so tender they could be cut with a spoon. 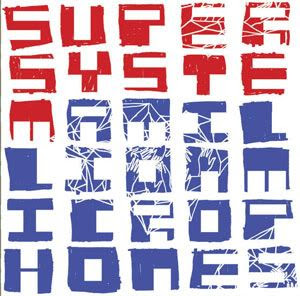 1. The band is called Supersystem, the album is called A Million Microphones, and it'll be rocking your face off on August 22. Consider yourself warned.

2. All next week, the CDP is celebrating its 400th Post. The event is so monumental, it's going to last for five days. Check back every day for a trip down recent memory lane, and delight in my witty and insightful writing. You deserve it, because you're a good person.

3. Next Saturday, me and the Missus will be traveling to the almost nonexistent town of Dundee, to partake in UFO Daze 2006. Dundee prides itself in being 'The UFO Capitol Of The World,' so I had to see for myself. I'll be bringing my video camera and eating grilled cheese, so you know what that means.

Sound off in the comments section and tell me what you're up to.

So, I got ordained. Seriously.

Weddings? Baptisms? Last Rites? I'm your man for all occasions and faiths (although, I'm not legally allowed to do circumcisions for some reason). The gospel of the CDP is spreading, and I'm taking this message to a higher plane. I should have done this years ago.

My first order of business is to change my cards to say 'Reverend' before my name.

I suppose you're wondering how this all got started. A few months ago, I found out that a member of my family was expecting a baby. She was worried about the idea of a baptism, as my family tree contains many differing faiths and opinions. She didn't want to upset anyone and was concerned over what to do, so she made the huge mistake of asking me. I figured that the best way to quell the family was to keep the ceremony in the family, so I went through the ordination process for her. That way, I can do a proper baptism while still respecting the wishes of the family and Mother-to-be.

I can be pretty awesome sometimes; now I'm awesome on a whole new level.

Working for the state, I know that it's actually quite simple and painless to get ordained in Wisconsin. Religious matters are avoided like the plague when government is involved, so religious ceremonies here can be done by just about anyone.

Just call me Reverend Anyone. I have the certificate to prove it; I printed it out myself. Legally, I can start my own church if I wanted to. I won't, however, because I fear I've angered God plenty over the last 24 years.

The baptism won't be in the cards until around September, so I've been using that time to flaunt my newfound power. I've stopped paying taxes, for one. I'm also holding confessionals in my cubicle during lunch breaks. In all actuality, I was just doing this so I could add another minor credential to my expanding empire; I didn't think anything important would come of it.

This was until last week, when I found out that my uncle and future aunt were getting married at the end of the month. They heard that I was in the marryin' business and wanted me aboard.

You see what I've gotten myself into?

I've been an usher, a groomsman, a best man and a groom, but I've never been the guy wearing the robe. Also, I've written a lot of things I'm my day, but never a wedding ceremony.

What do you have to say about it? Sound off in the comments section, and let me know if there are any ceremonies you would like Reverend CDP to preside over. 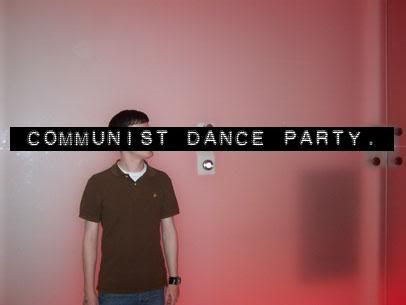 Today, I am at work. I'm feverishly catching up on exams and audits and whatnot; none of which is the least bit entertaining or exciting to the common folk.

Well, the auditing is sort of fun, because I could be partially responsible for sending people to jail. I'm also setting up a Slush Fund, so I can retire when I'm 29. I'm illegal like that.

Nonetheless, what I was doing one year ago today was far more exciting. Check it out:

This post throws you smack in the middle of our 2005 trip to Toronto. If you have the time, check out the entire diary, because this is all you'll be getting from me today:

I'll be back tomorrow with much bigger news. Believe 'dat.

Sound off in the comments section and let us know how you spent your 4th of July. 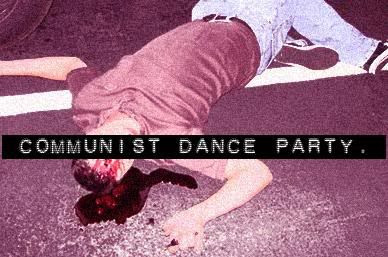 (Not an actual photo. Thanks, Todd.)

It's a fact of life; the minute you're born, you start dying. If we're fortunate, we get 75-80 years in which to experience everything that will ever exist in our minds, before it fades to black forever. Call it depressing or triumphant, but it's the only thing we've got. This isn't a dress rehearsal, here.

Last week, I realized that there were still a lot of things I longed to experience in my life, and I needed to start taking stock of what I wanted to accomplish in my short term on the planet. My theory was that if I actually wrote these things down and held myself to the task at hand, there would be a far better chance to reach these lofty goals and die in peace.

After careful consideration and thought, I present to you my list of ten things I want to do before I die. I hope that this inspires you to make a list of your own; or maybe just steal mine. Let's go.

1. Punch A Guy Right In The Face For Absolutely No Reason. 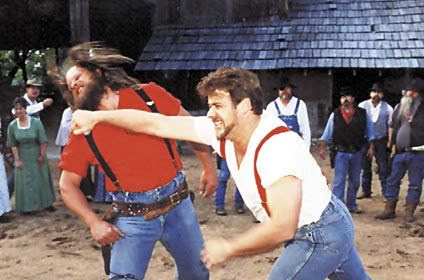 Day in and day out, our conscience does its best to keep us in line. It whispers things in our ears like, "Stay on the right side of the road" and "Don't touch that boy at the bus stop; you don't know him." Some days it whispers louder than others, but it's kept me out of jail thus far, so I'm content with it.

However, one day I shall act completely on impulse and uncork on some random passerby. Probably a teenage waiter or theater usher. He'll cry; maybe even throw up. I've never experienced the joy of an unbridled id, and I can't say I'll die happy until it's finally happened.

2. Go On An All-Expenses-Paid Trip To Tokyo. 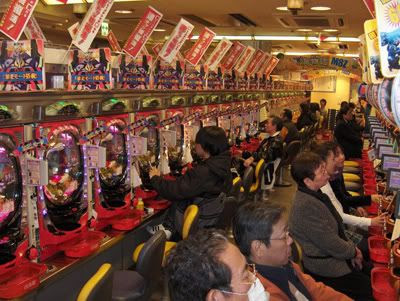 Ever since I first listened to Weezer's Pinkerton, I've been fascinated with the culture that is modern-day Tokyo. Of course, now that I'm married, my list of things I want to do there has gotten significantly smaller and more legal. I'm a better man because of it.

I want to sing a karaoke duo with some random businessman, downing Sake' like it's going out of style. I want to live like a king on money I won playing Pachinko. I want to sleep in a drawer. Then maybe, just maybe, a deep-tissue massage at the Geisha house. Maybe. 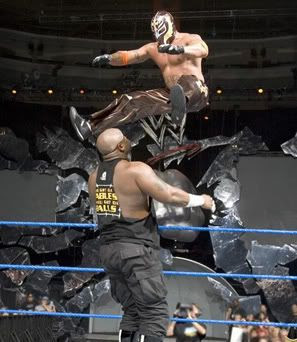 In 1987, I saw Hulk Hogan bodyslam Andre the Giant at Wrestlemania III, and it changed my life forever. Up until the exact moment I saw a bra in 1994, it held the title for the coolest thing I had ever seen. From that point forward, the thought of donning tights and stepping into the Squared Circle was always lingering in the back of my mind.

Sure, I'm 5'9" and 153 pounds. Sure, I'm whiter than the inside of Robin Williams' nostrils. Putting that all aside, I think I could come up with an interesting gimmick and give 100% for about a minute or two. I wonder if there are any midget wrestling leagues near my house that would go easy on me. 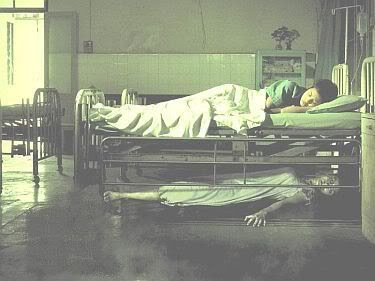 Okay, this one is going to involve some luck and perhaps divine intervention, but I'm still banking on it. I've devoted a large chunk of my childhood and adulthood to the study of the paranormal, and I think it's only fair that I get to have an experience before I actually become a member of the other side.

Me and the Missus got married at a haunted bed and breakfast, and we made a point not to mention that tidbit to anyone, so they wouldn't pretend to see things and whatnot. By the end of the weekend, almost everyone had a strange personal experience but me. Come on! I'm not even looking for photographic evidence or anything; just show up over my bed one night and say hello. I'd really appreciate it.

5. Save Someone's Life; Or Failing That, Kill Someone. 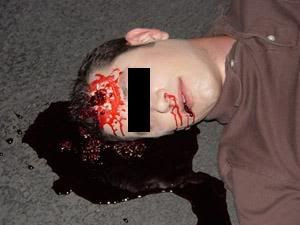 When I was a kid, I think my Dad saved my life. We were in his truck and he took a hard corner. I wasn't buckled in, and my (faulty) door sprung open, ejecting me. At the last second, he reached over and grabbed my arm, saving my from who knows what outcome. It's was probably the only time that another human being rescued me from great personal harm.

I'm going to need to be in the right place at the right time to save someone's life, and there's a very real chance that this moment will never arrive. So, if this hasn't been crossed off my list in the next 30 years, I'll just hit someone with my truck. It's irony, and a job well done.

6. Take My Wiener Out On Live Television. 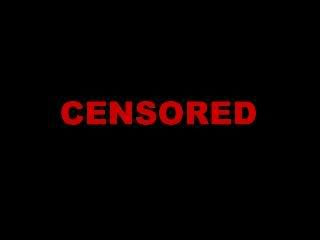 Probably on the Today show or something. I don't think there's any further explanation needed.

7. Get Fired In A Spectacular Fashion. 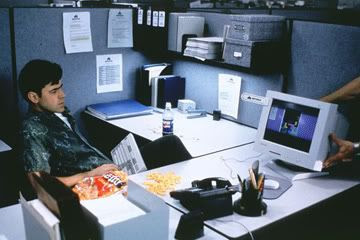 I've never been fired from a job. I've quit many, but I've never been asked to leave. Something inside of me wants to know what it feels like, but I don't want it to happen unless I have something better lined up. Once that does happen, however, I'm going to sabotage myself like I've never been sabotaged before.

Come to think of it, if I just punch my boss in the face (or kill him), I can cross off two of these things at the same time.

8. Win A Competitive Eating Contest Of Some Sort. 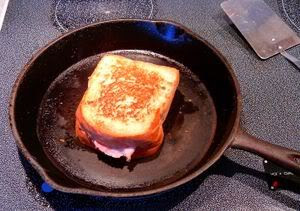 9. Turn Down A Date With A Celebrity. 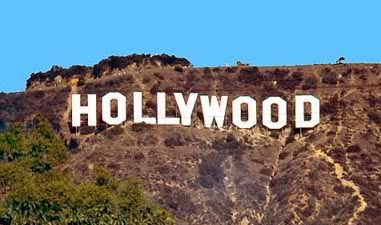 Now that I'm married to a smoldering hot woman who throws more free loving at me than I could ever handle, I'd like to see what it feels like to reject someone prettier than me, and with a net worth larger than most small states. Selma Hayek, if at all possible.

10. Projectile Vomit Onto A World Leader. 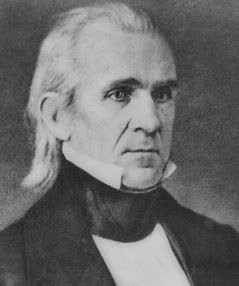 Or, become a world leader and just puke on myself. Whatever opportunity arrives first.

I'll be honest with you; I've set the bar pretty high for myself. I don't know for if I'll ever be able to cross everything off of my list, but I'll sure die trying.

What's on your list? Sound off in the comments section, and enjoy your holiday.