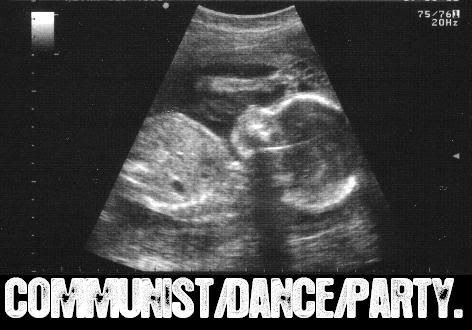 When my life is over and the book is finally written about me, let it be known that I was always out there, putting my ass on the line for you people.

I'm not a bystander in the game of life- no, I'm behind the wheel, constantly putting myself at great personal risk and danger for the greater good. Sure, there was a time when I was content to stay on the sidelines, dip my toes ever so gently into the water and soforth, but no more! I do things for entertainment that would send most people running for the hills. I travel far and wide, looking for something, anything to allow me to make sense of this troubled world.

I'm sort of a hero. You should donate money, the link's on the right.

I know what you're thinking. "Why are you bringing this up? We already know how amazing you are; we saw your special on the Biography Channel. That James Earl Jones can narrate like a mo-fo!"

That's all well and good, but something happened to me on Monday that changed my life forever. Maybe it will change yours, too.

I went to a baby shower.

That's right. In what might be the first documented instance of its kind, the CDP- a grown man with male reproductive organs- was invited and welcomed to a gathering that's historically known for being women-only. I wore no disguise and came right through the front door.

Perhaps some backstory is in order. Comin' right up.

You see, my sister (hereby known as the Sissus) is having a baby boy. She's due in about two weeks, and the family couldn't be more excited or mortified. I've chosen to omit this sensitive information from the CDP for the last eight-and-a-half months out of respect for the mother-to-be (it's really not my news to be sharing, after all). Of course, now that she's as big as a Dodge Dart and has more of a hormonal imbalance than Barry Bonds, all bets are off.

I'm about to share this information with you as more of a public service than anything. I know that the bulk of my readers are males, and have no idea what sorts of shin-diggery transpire when 20 mothers congregate in a small area. Sure, we've all seen artist's renditions and blurry Polaroids, but I showed up in the flesh. Of course, this is dangerous work that I don't recommend trying at home. Remember, I do these things so you don't have to.

I was personally invited to this shower by the guest of honor. Initially, just the Missus was attending, until the Sissus decided she wanted me there for moral support and general Big Brother-esque duties. In reality, I think she just needed someone to carry the gifts to the car. Nonetheless, I was there for her.

One by one, the guests arrived. It was the same pattern for each of them. They would greet my sister at the door, set their gifts on a table, walk into the living room and stop dead in their tracks upon seeing me.

Me - (After taking a long sip of fruit punch) "I was invited. How's it hangin'?"

The personal invite was my all-access, VIP pass into the secret realm of the suburban Mother and Housewife. I wore it like a badge and flashed it periodically when I needed to cut in line at the buffet. These women know how to eat.

Once all the ladies got over their general disgust of my presence (I'm kidding, they were all very kind to me; I was fetching drinks like nobody's business), the baby shower kicked into gear.

The first thing I quickly realized is that a baby shower is more or less a roast for the Guest of Honor. All of the moms in attendance bust out their "A" material- the most horrific baby stories they have- as a way to frighten and emotionally scar the mother-to-be. Tales of diapers, bodily fluids, rashes and the like. Save for one of the guests, who proudly exclaimed to the crowd that she didn't have a uterus.

I had the car keys in my hand and was heading for the door when my eyes caught a tray of deviled eggs in the kitchen. They had me trapped; I wasn't going anywhere. I sat back down with an armload of said eggs and listened to the next round of horror stories.

When groups of people that share a common bond get together (especially women), they always have to try to one-up each other with their tales. When it comes to a room full of moms, it's the same deal, only far worse. If Mom #1 was in labor for 18 hours, then Mom #2 was in labor for eight days. If Mom #1's baby was born with the cord around their neck, Mom #2's baby was born inside-out. Stuff like that.

Next up were the games. We played a Scattergories-style game where we had to come up with as many baby-related words as possible in two minutes. My list consisted entirely of brand names (Huggies, Gerber, etc.), due to me being a consumer zombie that has no concept of what a living baby actually is. I lost this game.

We all ate before the Sissus opened her gifts, and I finished off what was left of the deviled eggs. I ate about 9 of them, and they're still making their way through my system as I write this. I'd like to go on record in stating that it was totally worth it.

For the next hour, I watched my sister unwrap thousands of dollars worth of items necessary to maintain, groom, heal, nurse, raise and wash a newborn infant. She got things that I had never seen before, nor would I ever want to see again. I also got a detailed and scientific description on how much excrement a baby produces every hour. All this did was solidify my joy of living in a child-less home. Each night I pray that this doesn't change for at least a few more years. I'm seriously considering having myself fixed just to hedge my bets a tad.

However, as I watched my sister well up with tears and profusely thank all of the women (and me) for their generosity, it became very clear why I was there that day. In a few short weeks, the life of my family will change forever. I will never simply visit my sister and mother again; from now on, I'll visit my sister, mother and nephew. Family photos will have to be updated; outlets and sharp corners will have to be protected at all times. I'll be doing everything I can to not get in the way, not to screw up any details.

She's been such a good sister and daughter, I see no reason why she won't be an amazing mother. I'll be watching your back, just in case.

So, what gift did I purchase for the new baby?

A t-shirt that says "She shakes me" on it. Everyone got a good laugh. 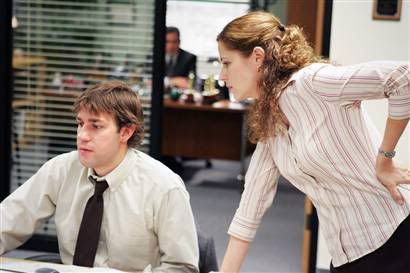 Here's a quick story about where I work.

As I was walking back to my office after a meeting, I popped into the cube of a female co-worker. We'll call her "Pam." I enjoy talking to Pam; she's bright, witty and has an amazing laugh. I often talk to her just so I can hear said laugh.

Our conversations are usually full of restrained character; we continuously try to out-do each other with snappy, apathetic one-liners and intelligent observations. Pam is the type of person that comes off as sort of flirty when she chats with people, although her intentions are never sinister. She's a total sweetheart.

As far as bizarre one-liners go, I think she took me out behind the woodshed today.

My last name starts with the letter "Z," so when she saw me walking through the office, she yelled "Z!" to get my attention. What followed was this exchange of dialogue:

ME: "Right. I should start carrying a sword around with me."

PAM: "I don't think anyone would notice the difference."


Now, I don't know exactly what that last line meant, but it sounded insanely dirty. Food for thought.

I've got a brand-spanking-new essay coming up tomorrow. It delves into a secret ritual, hidden from all men for hundreds and thousands of years...until now.

You're not going to want to miss it. 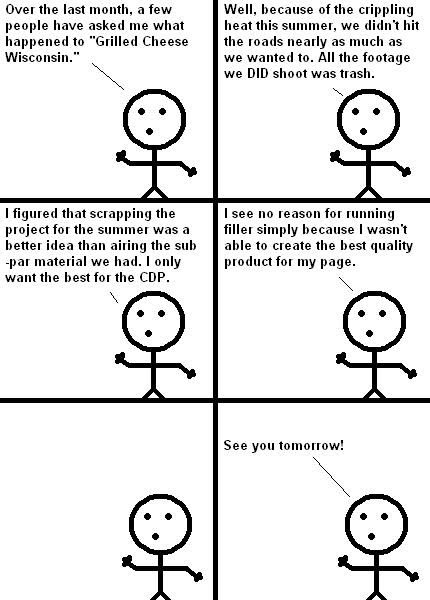