I Can See Your Butthole. 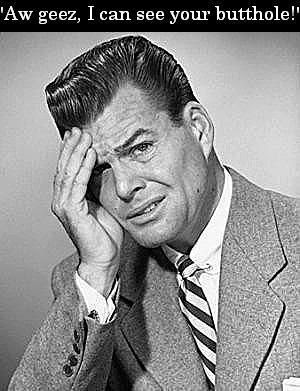 Ladies and gentlemen, today I present to you a gift. A gift from me to you, free of charge and with no expectation of reciprocation.

Today, I will give you a new saying that you will grow to love and incorporate into your lexicon and circle of friends for years to come. A saying that, once it has become common fare on TV shows and film, you can always be reminded of where it all started.

We're no strangers to people who clearly don't listen to themselves talking. Day in and day out, we have to listen to these people ramble incessantly about things that they really have no expert opinion on. For our entire lives, we've had to politely nod and smile along with this drivel, pretending that what they were yapping about was being processed and agreed with by us. If only there was a way to get them to stop and think about how much of a douche they were...

Tell 'em you can see their butthole.

Steve - "Why are you a vegetarian? Everyone knows that animals can't feel pain."

See? It's easy and fun! Here's another quick example:

Steve - "Tiger Woods is an okay golfer, but his career will burn out fast."

Bill - "Steve, I can see your butthole."

Are you starting to see proper usage? But hey, just like any good saying, you can get creative with it and make it your own!

Steve - "So like I was saying, I think that President Bush should be on Mount Rushmore, because..."

Once you get good with it, you can start to really craft it into something special, but it's best to start at the beginning and throw it around your friends for good practice. I've been doing it for a few months now, and people are starting to say it when I'm not even around. It's going viral, and I think it can go nationwide by this time next year.

So, the next time that someone starts saying something stupid, don't try to see their side of things; see their butthole!

It has begun. Sound off in the comments section, and have a great weekend.

I've Got A Refrigerator To Clean. 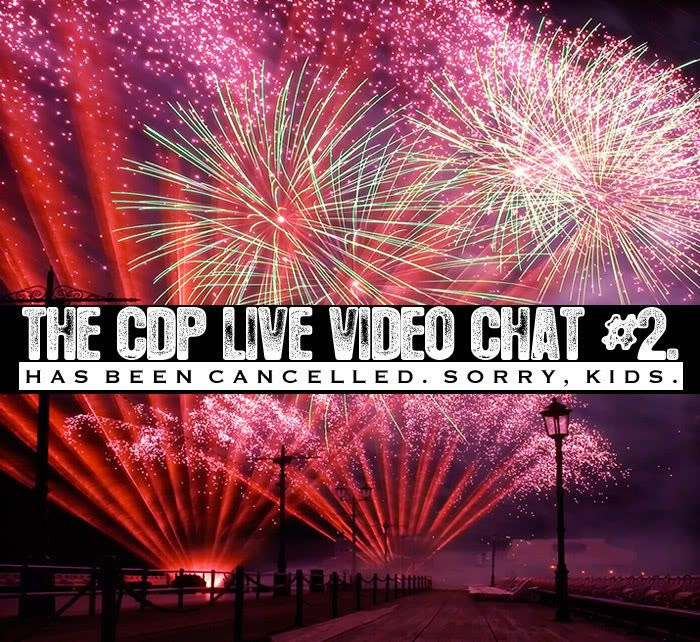 TOMORROW: I Can See Your Butthole!
(the phenomenon begins...) 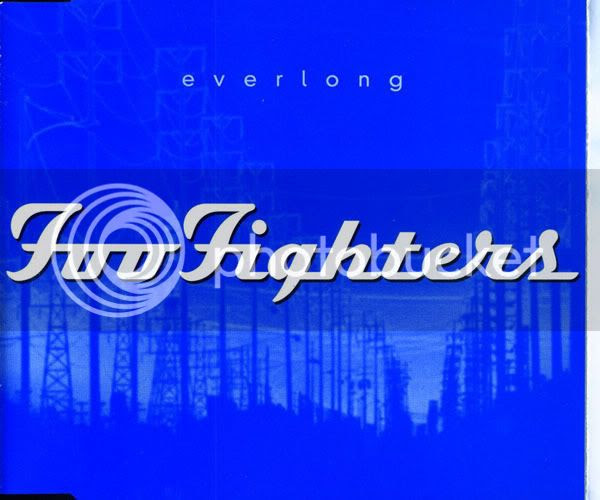 The 10th Anniversary Edition of The Colour And The Shape was released yesterday; go pick it up if you don't already own it. Until then, please watch this live performance of Everlong in Hyde Park. It's well worth it to watch the whole thing; I was almost moved to tears. For best results, listen to it at home or on headphones, so you can really turn it up and hear the crowd.

Sound off in the comments section and enjoy your Wednesday. 5 posts in 5 days? You'd better believe it.

The Coolest Garage Sale In History. 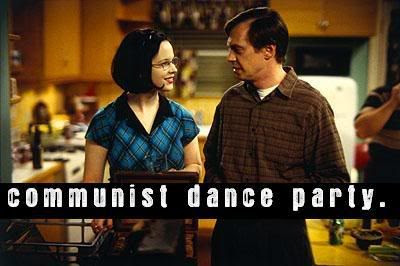 "You think it's healthy to obsessively collect things? You can't relate to other people, so you just fill your life with stuff... I'm just like all these other collector losers."

"We need to find a place where you can go to meet women who share your interests."

After almost 10 straight days of running around the state, drinking way too much and hemorrhaging large amounts of cash, things are starting to get back to business at CDP Headquarters. I'm still working on the book, writing a baptism ceremony for my nephew, and in the process of digitally archiving over 400 vinyl albums. Unlike burning CD's, there's no high-speed options when wax is concerned. Also, if there's a skip or scratch, you have to start over. Delightfully grand!

Like I said, in my obsessive spree to collect every scrap of recorded music since the beginning of time, I recently came into ownership of a ton of classic albums (thanks for borrowing them out, Jim). Timeless stuff from the 60's, 70's and 80's, a ton of Beatles rarities and some of the most critically acclaimed works of art to ever exist in the medium (with some absolute garbage thrown in for flavor). It's a tad overwhelming, but I feel very fortunate to have the opportunity to see these records grow musty in my own basement for awhile, instead of someone elses. Furthermore, I've always wanted to listen to that Best Of Bread album that my mom kept telling me so much about. It ain't all that great, between you and me.

Not only that, but a recent cleaning-out of my deceased Great-Grandmother's house put me in possession of some of the rarest vinyl I've ever seen (she was a depression-era woman who threw nothing away). Never-played albums from the 20's and 30's are exploding out of boxes in her basement, and now they're all mine. Mine! Expect a full post of the booty in the very near future, along with all of the other amazing stuff I made off with. Trust me, you're going to want to see this; I procured something so amazingly awesome that everything in my house will instantly become envious when it finally shows up on my doorstep. I almost cried when I found out I could have it. Thank you very much, Great Grandma Milly, wherever you are right now. You've made this nerd very happy.

Speaking of music, here are the last 10 albums I've purchased:

Girl Talk - Night Ripper
I picked this (illegal to sell) album up in Stevens Point at an absolutely wonderful store called Radio KAOS. When I asked him about it, he said "If they want to sue me, they can sue me." This place is incredible, and I plan on going back up there a few times a year just to clean out my wallet and buy some exceedingly rare CD's. Top-notch, all the way.

As far as the album goes, it consists entirely of sampled, mashed-up, modern music (hence the legal copyright issues). Ludicris with Neutral Milk Hotel? Beyonce' with LCD Soundsystem? Smashing Pumpkins with The Breeders laying down the rhythm under a 2 Live Crew vocal? Everything and more, this album is addictive and endlessly listenable. Pick it up nowhere today!

Neutral Milk Hotel - On Avery Island
I haven't listened to it yet, but I have a good idea of what it sounds like. I apologize for any hipster cred I might have ditched by admitting that I don't already own this album. At least I got around to it, right? Right?

Eagles Of Death Metal - Death By Sexy
Dead. Sexy. Rock. A fun, tongue-in-cheek time is had by all, seriously.

Sage Francis - Sick Of Waiting Tables
The most tortured and intelligent man in hip-hop operates a lot like me. He likes closure, and this collection of damn near every scrap of footage from his early years gets that done.

Slayer - Reign In Blood
Everyone needs to own 'The Heaviest Album Of All Time.' I'm now part of that everyone.

Har Mar Superstar - You Can Feel Me
Sean Tillmann is too damn smart for his own good. I had been wanting to pick this up for awhile, and while I'm glad it's now officially in my collection, I'll probably never listen to it again.

Ozma - Pasadena
The band that out-Weezer'ed Weezer emerges from retirement to lay down the power pop. Always good stuff from these guys.

2 Skinnee J's - Sexy Karate
One of the best Nerdcore hip-hop outfits on the planet, the J's release their posthumous album and geek off into the sunset.

Sean Na Na - Family Trees
Again, Sean Tillmann is a genius. Everything this guy does is beautiful, smart and musically sonic...except for the Har Mar stuff.

Of Montreal - Icons, Abstract Thee EP
The EP from Hissing Fauna...is another slice of the Of Montreal pie. One of the most talented and hardest-working men in indie rock, Kevin Barnes will own the world one day.

So, with my collections beginning to take up too much space in the Rumpus Room, I've once again revisited the idea of pimping out my basement. Because I currently rent, I have to find a non-destructive and temporary way to pull it off, while still making sure it rocks properly. Part of me wants to just wait until we buy a house to do anything rash, but the impulsive part of me wants it done yesterday. In the end, I'll just go with whatever the Missus thinks we should do. She's already agreed that the basement is my project to spearhead, but she's probably right that I should wait.

When I was a kid, I would throw out tons of toys and clothes every few months, as I thought that I would never need them again. My OCD tendencies, along with my desire to abandon materialism and become a monk, caused me to have to completely start over when I became older. Nowadays, if anyone asks me why I buy such weird and potentially useless stuff, I just tell them that I'm preparing for the coolest garage sale in history.