Hand Me My Spatula, Good Sir! 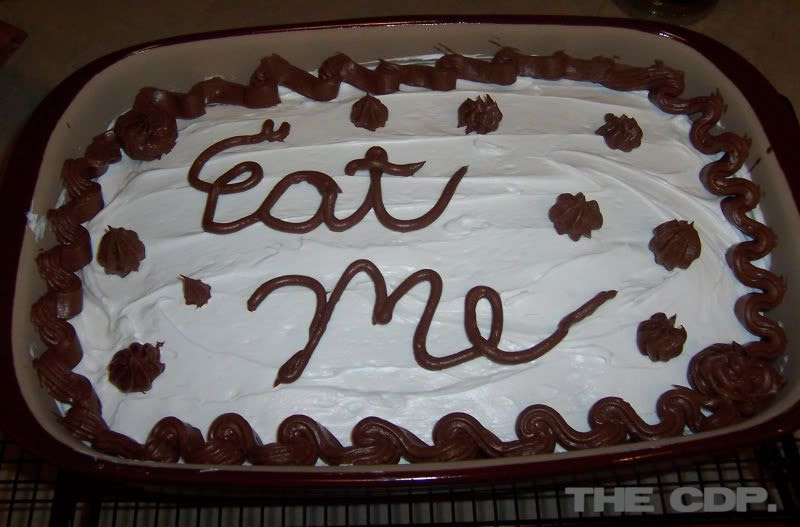 Have I mentioned recently how much I love my wife?

Short Post Week at the CDP has come to a close, but the Year-End festivities are just getting started. All next week, I'll be doing something that I've never done in the 5-year history of the CDP; digging through my filing cabinets and re-publishing some pre-CDP blog essays from 2000-2002.

These upcoming essays were originally published on the long-deleted website of my old punk band almost eight years ago, and I've been meaning to give them new life for a long time now. Teenage essays about moving out of my grandparents' basement, adjusting to adult life with my then-girlfriend, and even attending college (something I've never written about on the CDP) with be spotlighted. Out of approximately 50 of the 'Dark Period' essays written at that time, about 10 of them survived and will be shared. Apparently, I was studying too hard to write a single funny thing from 2003 to February of 2004.

Sound off in the comments section and enjoy your weekend. Remember to get your Best & Worst of 2008 e-mails sent to me as soon as you can. Tally ho!

I Bought A White Belt. 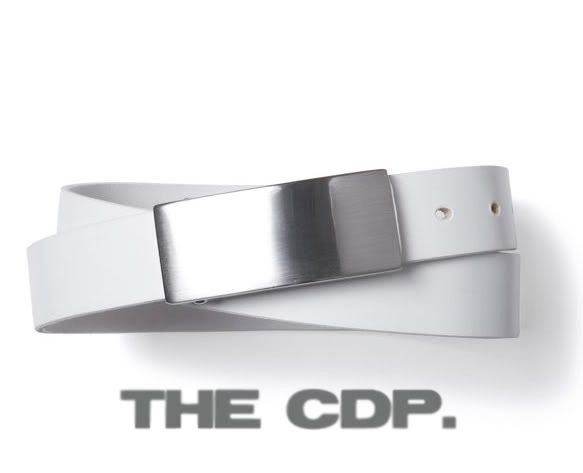 If there are any armchair psychologists out there that could decipher this purchase for me, I'm all ears.

Sound off in the comments section and enjoy your day. Remember to get me your choices for the Best & Worst of 2008 by the end of the week.
posted by The CDP. at around 12:01 AM | Link | 24 Comments

At What Price Is A Joke No Longer Funny? 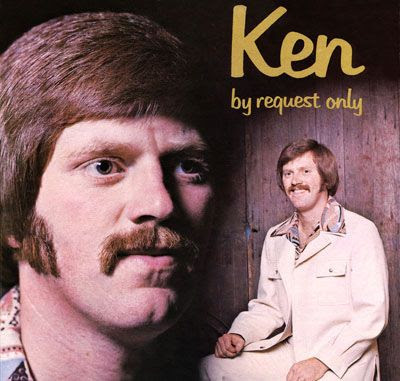 I recently became aware of an eBay auction featuring arguably the Worst Album Cover Of All-Time, Ken’s By Request Only. If you remember from this historic post and this equally-historic follow-up, the CDP has sort of bubbled to the forefront of the Ken Universe ever since I got to the bottom of the whole By Request Only mystery a while back. To this day, I still get e-mails from people asking me if I have the album, or know where they can get their hands on a copy. In the last few years, I’ve only seen two copies of this album go up for auction, and they both have gone for over $100.

Damn, that’s a large price to pay for a punchline, isn’t it? I mean, seriously, what is the magic dollar amount that makes someone go from, “That’s awesome, man; I can’t believe you bought that!” To, “Wow…you spent a lot of money on that piece of crap; I feel sort of bad for you.”

I’ve been known to go a long way for a punchline. I sometimes buy records and movies for the sheer joy of having a friend rifle through my collection and go, “I can’t believe you own this.” I have always felt that humor came with a price, and the funnier the payoff, the higher the invested amount should be. As a general rule, however, I say $50 is my limit. After that, there are few things on the planet funny enough to warrant such an impulsive and unnecessary purchase.

So, off to eBay I went, to finally claim what should have been rightfully mine years ago. A copy of the Worst Album Cover Of All-Time for the guy that helped spread the humor of By Request Only to about a million more people than before. Unfortunately, because of this, I suffered from a phenomenon of my own creation (The Internet’s, really), and saw that the price was already way over $50.

One thing you should know about me is that, beyond knowing when to pass on an expensive joke, I cannot stand losing anything to anyone for any reason. With shaky hands, I placed my Maximum Bid.

One. Hundred. Dollars. Enough money to pay my electric bill for an entire month. For a record I will never listen to. A record that I will put on a shelf and explain to confused houseguests for the next 50 years, attracting nothing but confusion and looks of gentle pity.

The Buyer’s Remorse hit me before I had even won the auction. I instantly felt like crap. Clearly, the price at which a joke is no longer funny must fall somewhere between $50 and $100 for me. Fortunately, I was immediately outbid by someone that clearly had a sense of humor that was significantly more wealthy than my own. Thank goodness.

Sound off in the comments section and tell me the most expensive thing you ever purchased as a joke, and the rest of the CDP Network will let you know if it was worth it. Remember to send me your choices for the Best & Worst of 2008 by the end of the week.
posted by The CDP. at around 12:01 AM | Link | 11 Comments

Plaxico Burress Is A Freaking Moron. 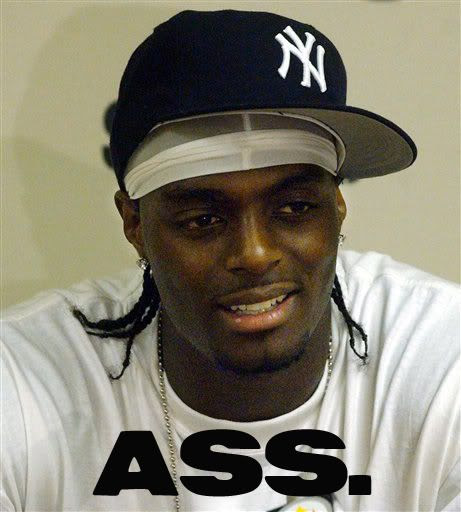 Move over T.O. and Ocho Cinco; there a new Biggest Idiot In The NFL. One more strike, and he'll be approaching Michael Vick territory. Keep reaching for that rainbow, Plax!

Keep e-mailing me your choices for the Best & Worst of 2008. You have until Friday; thanks much. 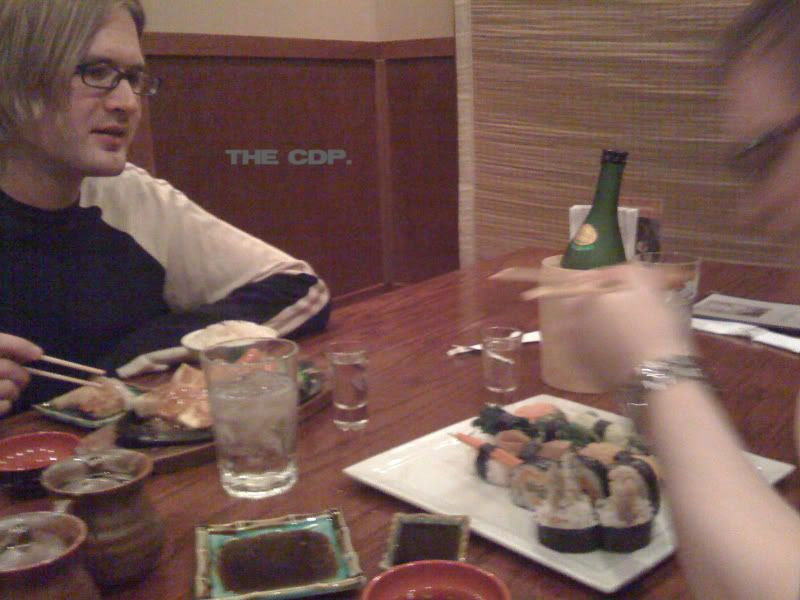 Alright, so I'm technically still on Thanksgiving vacation, returning back to the office and outside world tomorrow. So, I'm slacking, but only a little bit. Today is about you.

December is here, and longtime readers of the CDP know that year-end festivities and countdowns are just around the corner. It's a time to look back at the 2008 that was, in terms of pop culture, music, movies, books, politics and personal experiences.

In the next four weeks, the CDP will bring you the Top Albums/Singles of 2008, Top Films and various other best (and worst) moments of the year, culminating with the traditional CDP Year In Review and State of the CDP Speech to wrap everything up. And this is where you come in.

I want you to e-mail me all this week at COMMUNISTDANCE@YAHOO.COM, and let me know your choices for the best and worst of 2008. It can be about anything you wish, as much or as little as you want, as many times as you want, and I will post the best stuff on the CDP in the upcoming weeks, as we count down towards 2009. You have all week to get this information to me, and I appreciate it in advance.

Now, if you'll excuse me, I have to retrieve the mail in my boxer shorts. Enjoy your day.

NEXT: THE CDP SEES A GHOST (FINALLY!).