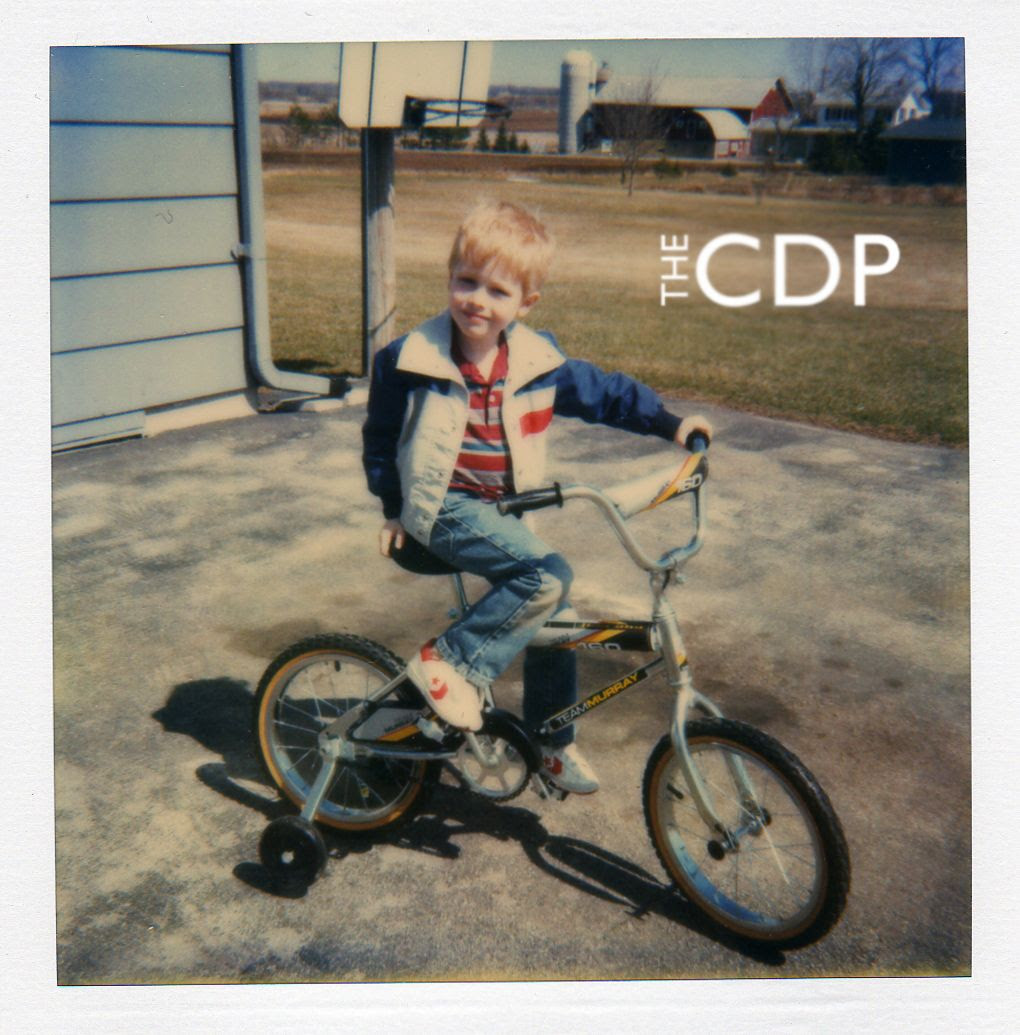 (The following essay will be featured in my next book, due out later this year. If anything, let this serve as a sneak peak as to how awesome it's going to be. I have big things planned for the CDP for the remainder of the summer, but this will be my final straight-up essay until the book is published. Please enjoy.)

When I was around the age of 10, my mother grew exhausted with our almost-daily screaming matches and took us both to see a therapist. Although I never asked her the exact reason for this, my assumption was that she chose therapy in an attempt for us to learn a little more about each other on a deeper level, and try to form some sort of alternate connection, instead of engaging in a constant battle of manipulation and passive-aggressive superiority. All I knew for sure was that I got the day off of school, so I was in without objection.

There was one moment from that day that sticks out more prominently than anything else; a memory I may never forget. The therapist gave me and my mother each a can of Play-Doh (she got a blue can, I got a red one), told us to sculpt something that reminded us of the other person, and explain our reasons why. This seemed like a decent way to open up and share feelings that were currently buried under a pile of baggage and clever wordplay. A chance to complement each other without feeling like we were somehow conceding victory in our Cold War.

Mom went first; she molded an adorable Teddy Bear. Round little ears. Bulbous nose. Hemispherical mitts. It looked like a fluffy, blue Teddy Graham. She then went on about how much she loved and treasured me as a son, how she’d do anything for me, and so on and so forth. She broke into tears expressing just how much she cared about me; it was a very touching and heartfelt moment.

Then it was my turn. I produced a cherry-red, foot-long, coiled snake.

“Could you tell us why you made a snake?” the therapist gently inquired, quite certain that she had stumbled upon a demon seed.

“Well…” I stammered for a moment while I crafted my story. “Well…whenever me and mom fight, it’s…it’s like…um, THIS!”

I then proceeded to mimic the snake obliterating my mom’s Teddy Bear representation of me. I had the snake bite off the round ears. I made it tear apart the hemispherical mitts. I coiled it around the bear’s midsection and squeezed the entire works together in my hands, forming a wad of mutilated, blue-red hamburger. I then slapped the entire works back onto the therapist’s desk and pounded it flat with my fists.

The therapist’s pencil holder and picture frames vibrated across her glass desk like an air hockey table as I put the exclamation point on my impromptu production. It was quite the performance. It was also the first and last time I ever saw a therapist with my mother. She has never once brought it up.

I know what you’re thinking. That was a frightening, worrisome and heartbreaking tale about a mother desperately attempting to establish a bond with her vile, degenerate, cursed son. I completely understand where you’re coming from, but please listen, as I have a confession to make. A confession for the you, the reader, but mainly a confession for my mother.

I’ve never been artistically inclined, and the logical fact of the matter was that I didn’t know how to make anything but a snake with Play-Doh. It was all I could construct. At the time, I was too embarrassed and insecure to admit this creative lapse to the therapist or my mother, so I just made the only thing I could and bluffed my way through the rest of the session. I didn’t mean a word of it, I was just too superficial and petty to admit that I sucked at Art.

And so it goes. It took me a long time to realize that my lifelong struggles with anger and emotional manipulation were never even close to the lifelong struggles I’ve had with vanity, ego and constant attempts to ward off public humiliation. While my mom and the therapist saw an angry kid pummeling the living shit out of a wad of modeling compound (and incorrectly affirming their theories about me), I had my own personal revelation concerning my deepest fears of embarrassment and pride, flaws that nobody knew I had. I learned something important about myself that day; unfortunately, everyone else in the room merely thought I was destined to become a serial killer.

In short, I’m really, really sorry, mom. I never thought you were a snake. I just didn’t know how to make anything out of Play-Doh that showed how much I love you.