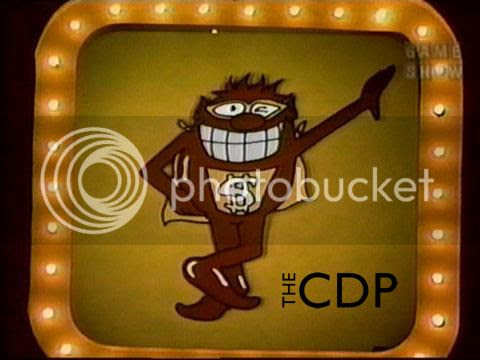 I used to work with a good friend named Cameron. Cameron is, on the outside, the model of a perfect businessman. He’s tall, handsome and speaks with purpose. He’s married with 2.5 kids, consistently shows up to work in a nice suit and always walks around like he knows where he’s going. Outside of work, he’s a beer-brewing, BSG-watching, Carl Sagan-reading atheist nerd of the highest order. On the inside, Cameron and I are very similar. On the outside, we are very much not. Because of this, Cameron taught me something that I’ll surely never experience: The Plight of the Unintentional Businessman.

Basically, the way Cameron explains it, people always assume he knows exactly what he’s doing at all times, solely because he looks the part. People trust him with things they shouldn’t, they confide in him with secrets he shouldn’t know, and he’s hundreds of times more likely to land a job than someone who looked more mediocre but shared the same exact attributes (he explained this in the most self-aware and humble way possible, I should add). Cameron understands that he’s been given a gift from a God he doesn’t believe in, and as long as he keeps his head down, flashes a smile and periodically makes a joke about golfing or his wife, he’ll have a leg up on nearly every man that isn’t over six feet tall.

For some reason, this weighs heavily on his conscience. Cameron is a complicated guy. That’s why I like him.

He doesn’t want to be a businessman. He wants to watch Smallville and talk about India Pale Ale and watch his kids grow up, not give lip service to smug assholes and vice-versa. It appears as if the very thing most men (like myself) would be jealous of may have pigeonholed Cameron from the start. I doubt he’d ever want to switch places with a guy like me, but now that I’m aware of the Plight of the Unintentional Businessman, I don’t think I’d want to switch places with him, either. It doesn’t sound very fun if it’s something you generally don’t want to be doing.

I suffer from the worst of both worlds. I don’t look like I should be trusted with any responsibilities, yet everyone around me insists that I can because they know I refuse to fail. I don’t make eye contact, I’m thin and short, I blend into a crowd with the greatest of ease and I look like a child when I’m wearing a suit. My glass ceiling ends at $40k a year, and I know this implicitly. Yet, I’m always trusted with things that should be deferred to guys that look like Cameron.

I don’t look the part, I don’t live the part and I’m certainly not paid the part, but I’m always given the part due to some weirdly positive reputation. Cameron could never go to a Sci-Fi convention, because he’d be mobbed (everyone would think he was Nathan Fillion). I could never lead a business meeting surrounded by millionaires, because they could smell the fraud on me from a mile away. Because of seemingly positive attributes, neither of us are able to do the things we truly want to do. Such woe.

I’m not going to bankrupt my Condo Association. I’m not going to send us spiraling into debt. I’m not going to blow our community surplus on a retro arcade or adults-only sauna, even though I look like the kind of person who would. I’m going to do my job, earn the $125/month stipend and once again accept another adult responsibility that I so often try to avoid at all costs. What started out as a chance to save some money has turned into yet another example that I am not nearly as much of a slacker sadsack as I claim to be.

For some reason, this weighs heavily on my conscience. I am a complicated guy. That’s why you like me. 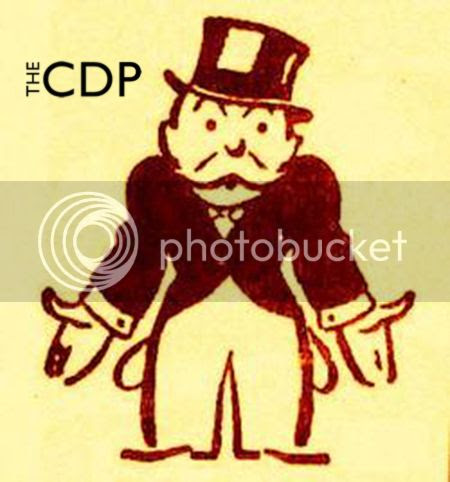 I am not an accountant. I do not have a degree in law. The only transferable skills would be my degree in Music Business, but unless someone on my street wanted to make sure they were getting their fair residuals on the album they recorded, I was of no assistance. I began to regret my decision almost immediately after being unanimously elected Secretary/Treasurer of my condo association (I ran unopposed, which should have been a red flag). However, my wife dangled the reward of no condo fees over my head like a carrot to a mule, and I kept quiet until the meeting was long over.

When I got home, I began psyching myself up for the task at hand. “How hard can it be?” I asked myself. “Just collect the dues checks, deposit them at the bank, and pay for bills and repairs as needed. I mean, who can’t do that?”

“Then again, what if someone is late with their payment? Do I warn them? Fine them? Do I have the authority to do that? What if they tell me to go to hell? What if there’s a revolt? What if a tornado hits and the association goes broke with repairs? What if I get ripped off? Hoodwinked? Will I go to jail? Why didn’t these people care about their money?” Taking care of my own checkbook was stressful enough; handling the collective payments of 24 homesteads was more terrifying than I ever could have imagined, and I hadn’t even done anything yet.

This past weekend, I arranged for the outgoing Secretary/Treasurer to come to my house, drop off his documents and spreadsheets, and give me a crash course in Condo Accounting 101. Dude was young and militant, kept good records and seemed blissfully unaware of how much of a thankless responsibility he perfectly maintained for the last 18 months. Or how quickly it could have all come crashing down.

When he showed me the bank statements, specifically that our association was currently $57,000 in the green, I shit my pants and told him to leave immediately. “See? It’s fine,” he assured me. “We have plenty of money. We get a lawn care bill every month, but the rest of the money is saved in case we need to do any sort of association-wide maintenance. This is seriously a three-hour-a-month job; you’ll be fine.”

The ‘three-hours-a-month’ stuff was fine with me; it was the intangibles I was concerned about. For example, one of our homeowners (not me) was fined $20 for violating a noise ordinance. Technically, the President can assess this fine per our bylaw manual, and technically, the delinquent in question has to write me a check within a certain time frame before I lawyer up and drop the hammer.

This was the sort of thing that freaked me out the most. If this guy decided to not do as he was told (and why would he?), would I really want to pursue legal action over $20? I didn’t even know how to do such a thing. Furthermore, how often did stuff like this happen? Was I somehow unaware that I was living on a street full of malcontents, screwups and non-dues-payers? Was it going to be like pulling teeth each month to make sure everyone was following the rules? 20 bucks had suddenly become a very big deal.

“Remember, we’re self-governing,” he reminded me. “You don’t really answer to anyone. You can’t really screw up. You can’t really go to jail as long as you follow the bylaws, and even those can be rewritten. If the people don’t like the job you’re doing, they’ll just vote you out and do it themselves. But we know that’s not seriously going to happen. Just take it easy; as long as you keep your head down, you’re nearly untouchable.”

He then shook my hand, handed me the key to the deposit box and exited my office.

In that moment, I understood Politics perfectly. A little over three years ago, the Missus and I bought our first home (thanks to you), a suburban condo in the hills of beautiful Sun Prairie, Wisconsin. We went the condo route as a means of compromise; we wanted to own a home, but had little interest in yard work or gardening. A few phone calls and multiple bankruptcies later, it was all ours.

What I didn’t realize at the time was that, as condo owners, we had to pay other people to handle all that icky outside stuff we didn’t want to be burdened with. To the tune of $125 a month, each of the 24 condominiums on our street had to chip in for things like roof repair, snow shoveling, snow repair and roof shoveling. Furthermore, I also had no idea that us 24 condo owners acted as a self-elected government, writing checks, drafting bylaws and fining jackasses for being noisy. Almost a full year after purchasing a condo, I finally became aware of the mythical thing known as the Condo Association.

Apparently, every self-governing Condo Association needs an elected President, Vice-President and Secretary/Treasurer to make sure that everything is paid, balanced and handled. If a minimum of three people cannot be scrapped together, then we would legally need to hire an outside agency to handle our affairs for us, to the tune of…slightly more than the $125 a month we already paid for the luxury to do it ourselves. We were all going to meet to discuss it (in the cafeteria of the local middle school), and see if we couldn’t rally enough troops to stay sovereign and DIY. This was a cause I could get behind.

Sitting amongst the 23 other homeowners at this meeting was, for the most part, the first time I ever really saw who my neighbors were. As you would assume, I’m not a very neighborly, social man. Don’t get me wrong, I’ll say hello to you if I happen to run into you when grabbing the mail or taking out the recycling, but you generally won’t see the Missus and I sitting in the lawn or hosting block parties. We’re not that sort of folk. Nonetheless, everyone in our Association seemed perfectly coherent, bipedal and willing to step up to the responsibility of keeping our street vibrant and self-sufficient.

Well, okay. Nobody wanted to do anything. The current Secretary/Treasurer and President were both resigning; the first due to personal circumstances he was unwilling to elaborate on, and the second because he was an asshole and nobody liked him (I was told this by no less than three different families). This left us with no members (we were operating without a Vice-President, which was already illegal), and no hands being raised when the time came to look for volunteers.

I could understand. We were all busy. We all had pending responsibilities. Morale was low. Finances were even lower. We all loved our street and our homes, but who among us had enough time in the day to devote to an unpaid, unappreciated task that hardly anyone knew about? Who was psychotic enough to become the sole point-of-contact for every complaint, superficial repair and dues check? Who had their life so completely in order that they willingly accepted another thankless chore?

“Whoever takes the Secretary/Treasurer job doesn’t have to pay the $125 a month in condo fees,” said the outgoing President.

“I’ll take it!” I bellowed, practically leaping out of my seat. I sounded like Sideshow Mel; I even think my finger was pointed toward the heavens as I announced my eligibility.