I'll Be On National Television This Sunday. 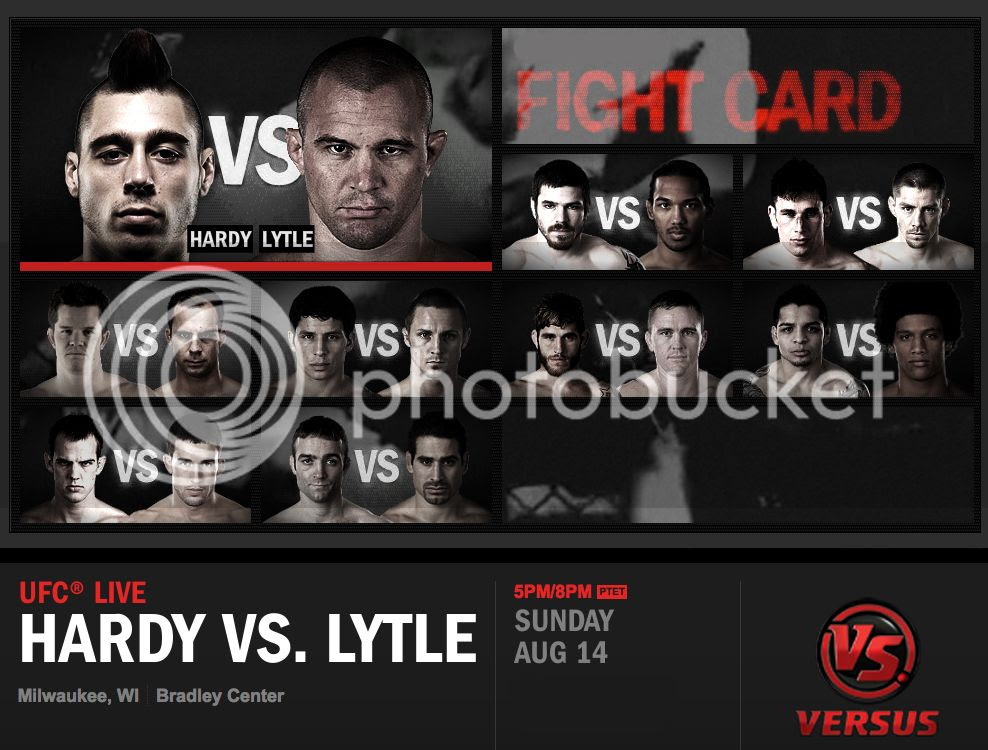 A longtime dream is coming true for me this weekend, and you can see it live.

On Sunday, August 14, the Ultimate Fighting Championship comes to Milwaukee for their first event in Wisconsin history. This is the largest MMA event the state has ever seen, and it’ll be broadcast (for free) to a global audience of millions. The fights will be fantastic, the show will be spectacular, and I will be in attendance.

I haven’t talked about this very much online, but for the past year, I’ve been working with our MMA & Boxing Commission in addition to my day job, assisting with events all over the state. This is something I’ve wanted to do for a very long time; I brought with me 16 years of MMA knowledge, a psychotic work ethic (60 hour work weeks are the norm), and a nonchalant attitude towards living out of my suitcase in casino hotels for days at a time (one time, the Missus came along, which was nice).

It’s easily the best job I’ve ever had. In fact, besides writing, it’s the only thing I’ve ever really wanted to do full time. I’ve ran events in some of the biggest (and most remote) parts of the state, seen crowds of thousands (and dozens), and facilitated shows from top-to-bottom. I’ve been privy to riots, severe injuries, shady promoters and a road diet consisting of casino food and Sour Patch Kids. I did this knowing that it would all lead to the ultimate goal of working a UFC event, which is finally coming to fruition. I’ve earned it, and I look forward to it immensely.

I won’t get into my duties, the rules of MMA or anything like that. What I will tell you is that you can see me do my job on SUNDAY, AUGUST 14 at 8PM EASTERN/7PM CENTRAL on VERSUS NETWORK. I’ll be busy all this weekend, so remember to follow me at twitter.com/RyanZeinert and facebook.com/ryanzeinert so you don’t miss a thing.

Sound off in the comments section if you have any questions. Can't wait.
posted by The CDP. at around 12:01 AM | Link | 1 Comments 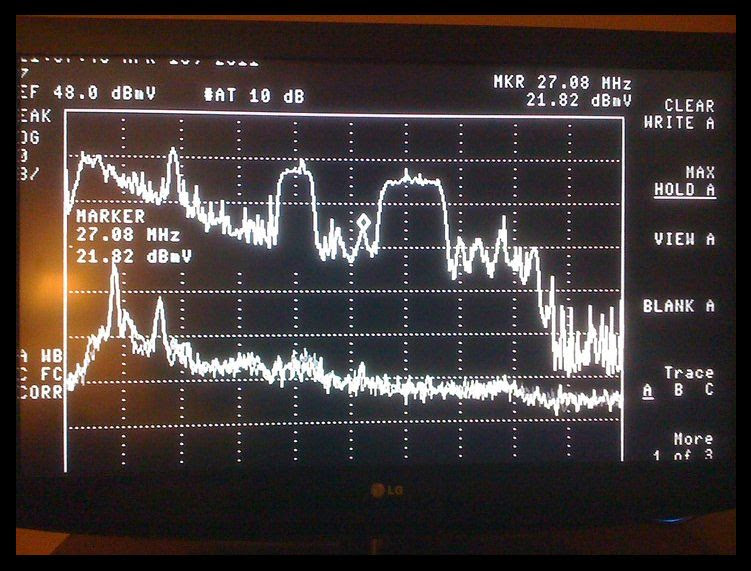 (The following is a transcribed conversation on my Facebook wall on the night of April 16, 2011. I was alone in a hotel room in LaCrosse, Wisconsin, when this took place.)

April 16 at 8:39am - Ryan wrote:
Question Of The Day: Can somebody tell me what this is a picture of?

April 16 at 8:46am - Dawn wrote:
Well, its measuring megahertz or radio frequency...and decibels or strength of sound. I'm guessing its testing a ham radio's receptivity. Wait...is it on a TV?

April 16 at 9:01am - Ryan wrote:
So can anyone tell me why it was on my hotel's television last night? I ran into it at about midnight, on a channel that wasn't part of the guide. You obviously can't see it in the photograph, but the graph and all of the numbers were spinning around like crazy. Creeped me out.

April 16 at 9:20am - Ben wrote:
VU meter wasn't what I was looking for, but it looks like a meter that monitors the image being broadcast by a television signal. I'm not sure what it's called. that might explain why it was on the television.

April 16 at 9:25am - Ryan wrote:
Okay. The graph was moving around for the time that I watched it (about 5 minutes), but it's weird that it randomly showed up in my guide. Why does it need its own channel, specifically one that I (a random d-bag) can see? And why have I never seen it before in my life?

April 16 at 9:36am - Ben wrote:
It might have been a mistake and it was accidentally being broadcast. Weird.

April 16 at 9:44am - Ryan wrote:
Okay, I just checked my TV and it's not there anymore. I had my own personal 'Wyoming Incident' last night, apparently.

April 16 at 12:02pm - Ryan wrote:
In a moment of paranoia, I actually wandered around the room and jumped around and made noise just to make sure it wasn't reacting to me. You can never tell in these hotel rooms.

April 16 at 2:43pm - Caitlin wrote:
Is it something to do with the Dharma Initiative?

April 16 at 3:35pm - Ryan wrote:
Would a network analyzer be something that normally appears on a (supposedly) blank TV station in the middle of the night?

April 16 at 3:56pm - Ryan wrote:
Yeesh. This is officially the 9th weirdest thing that has ever happened to me at a hotel.

April 16 at 11:53pm - Ryan wrote:
11:50pm, and the mysterious broadcast is BACK. Most of the numbers and patterns are identical to last night. I'm going to keep an eye on it, because I literally have nothing better to do.

This is a picture someone else took of the same station at a DIFFERENT hotel in the La Crosse area...almost two years ago to the day. This city is beginning to freak me out.

According to a weird message board I found, this channel is analog, so you can't see it unless you remove the box and hook the coax directly to the TV (like at this hotel). Basically, it's supposed to be hidden, and you can only see it if you hook up the TV wrong. That may explain why the only other photo I found was in another La Crosse hotel; maybe they were all installed wrong by the same people?

...In San Juan, Puerto Rico. These are literally the only photos I can find. I...yeah. I don't know what the deal is.

April 17 at 12:37am - Ryan wrote:
That's enough for one night. I guess the mystery isn't so much what it is, but what the magic circumstances are (time, location, hookup) that allows someone to actually SEE it. What a bizarre thing.

Any information you can shed would be helpful as to why this showed up on my TV. Sound off in the comments section and enjoy your day.