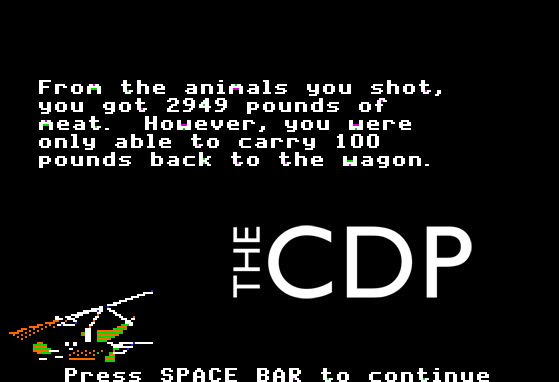 Almost nine months ago to the day, the Missus started doing something remarkable.

After years of false-starts, hiccups and self-doubt, she finally researched a diet plan she was happy with and hopped on board with a specific goal in mind. She stuck to it, changed her eating (and cooking) habits, and remains fully committed to the plan nearly nine months later. She came out of the chute with both guns blazing, showed incredible resilience in the face of constant temptation, and emerged a new woman. So, what does she have to show for it? Down a couple dress sizes? Lost 10 pounds? Twenty, even?

Try 100 pounds. That’s one hundred. A one followed by two zeros. It’s all gone.

Losing 100 pounds is, to me, an outstanding feat. I mean, it’s ‘Results Are Atypical’ outstanding. She should have her own commercial on late night television, plugging the product and making people green with envy from coast to coast. They should send her a new goddamn car. While I’m not surprised she saw her goal through (her David Ortiz-like clutchness was the main attribute that made me want to marry her), I’m blown away that it happened so quickly. What kind of superwoman without a personal trainer, chef and nutritionist loses 100 pounds in nine months?

For starters, it’s not like the Missus weighed a thousand pounds or anything. She had 100 pounds to lose and she lost it, which is an accomplishment that is worlds easier said than done. The last 10 pounds doesn’t exactly melt away as effortlessly at the first 10, and it’s that proverbial brick wall that sends most dieters off the deep end.

Furthermore, she shares a home with a beer-swilling, alfredo sauce-drinking, Cheeto-inhaling metabolism machine that has little-to-no context as to how calories are distributed throughout the body (the heart attack is a scant few months away, I reckon). I weighed 150 pounds in 2002, and I weigh 160 pounds in 2011. I have no rational concept of what it means to struggle with weight, but I sympathize that it’s an unbelievably frustrating endeavor.

Watching your wife lose three pounds a week is an experience almost too surreal for words (next to experiencing it first-hand, I presume). It was like watching bamboo grow; I could see it happening with my own eyes. She would climb into bed with me at night, and it was if she were visibly thinner than when she woke up that morning (she technically was). Friends and co-workers took notice immediately. Her former wardrobe became obsolete. Every Friday during our commute to work, she would tell me where she was at that week, and I’d silently shake my head in a sort of unsurprised disbelief. I knew she could accomplish anything she set her mind to, but I was still sort of blown away by the whole thing.

My main job was to make sure I didn’t screw anything up. Don’t say anything stupid, show support only when needed and spend the rest of my time pretending that my wife wasn’t in the process of losing the mass equivalent of Manny Pacquiao. It was like watching your buddy try to win Super Mario Bros. without losing a single life. You only get one crack at this. Don’t say a word, don’t reach for the Doritos, don’t even breathe. There will be time for celebration later, and any failure will be your fault.

At the grocery store, something interesting happened between the two of us. We were eating separately now; she had her food and I had mine. This, for some reason, caused me to revert to Bachelor Mode. Her cart would be lightly stocked with low-carb this and fat-free that, and my cart would be stacked to the rafters with 'Double Stuf' Oreos, Marshmallow Fluff and multiple cheese wheels. I didn’t fully realize the sheer amount of garbage I shoveled into my face until I was forced to take full responsibility for it. Thanks to my complete inability to take care of myself, I actually gained five pounds while the Missus was losing her 100. I like to call it ‘sympathy weight,’ but I think the Frito-Lay company holds the lion’s share of the blame.

I also proved a theory that I’ve long held suspicion towards: Female friends do not want you to succeed at anything they’ve ever failed at. Sure, they’ll tell you to your face that they’re proud of you and that you look gorgeous and that they knew all along you’d see it through, but there’s a tiny part of them that really wants to see you put all that weight back on (for one reason or another). The faux excitement that arrives at the beginning of diet leads into quiet envy and disdain as you, you know, continue to keep the weight off, and you can feel it in their body language and tone. The Missus is enjoying that disingenuous aspect, as am I. As a man, I wouldn’t even mention a friend’s weight loss (or gain) until the situation was urgent enough for the paramedics to be called. It just wouldn’t come up.

I’ve been with the Missus for 12 years this December, and there has never been a day when I didn’t think she wasn’t the most perfect woman on Earth for me. Never a day when I didn’t find her presence to be the most attractive thought I could mentally conjure. I sincerely mean that; in 12 years, we have never had a conversation about how we had grown disenfranchised with the other’s appearance. Never ever came close. I’m not saying this to sound like a rad husband or anything, I honestly have never been concerned (or even unenthused) with the way my wife looked. It was too superficial for even a fleeting thought. The way I see it, if anyone’s going to be thrown out of the house for looking like they’ve given up, it would have been me three days after the wedding. She had never once lost the attributes that made me turn my life over to her in 1999. 100 pounds didn’t mean shit to me in that regard, and it still doesn’t, no matter what happens tomorrow.

In short, she nailed it. According to her, she still has a few things left to do before she starts on the path to ceasing the plan and maintaining the weight loss for the remainder of her existence, but for now, I’m relishing in her outstanding achievement. She doesn’t mind being in photographs anymore. She looks forward to buying clothing. She cuddles with reckless abandon. She regained a huge chunk of her self-confidence and worth (about 100 pounds of it), which is something that had been missing in her for years. She’s back. All of her.

Well, almost all of her.