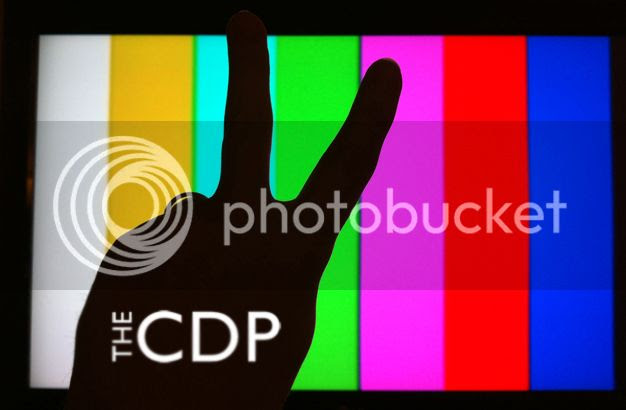 One of my earliest forays into satellite television was in 1995, when my grandparents installed what is now known as a B.U.D. (Big Ugly Dish) in their backyard. I had lived with terrestrial cable for a couple of years prior to this, but 90’s satellite television was a whole other plane of existence. Remember that old Conan O’Brien skit where he would show all of the random channels the General Electric satellite could pick up? Well, that joke spawned from a true reality of just what bizarre, random entertainment was lurking out there.

Every month, we would get a satellite channel guide in the mail called Orbit. Orbit was like TV Guide, only it was about 300 pages of listings of every satellite on the planet. Once my grandparents were asleep, I would pull an all-nighter and leaf through the guide page-by-page, on an insane mission to see what was on every single channel we could dial in. Sometimes it was test patterns (a lot of time it was test patterns). Sometimes it was scrambled (which didn’t stop me). Sometimes it was plain old American programming (HBO, TBS, etc.). But every now and again, I’d stumble across the mother lode.

There were religious stations that were nothing more than one man who bought out all of the airtime on a particular channel, rambling incoherently into the camera for hours at a time. I’m not kidding. There were popular channels from Brazil, Japan, Dubai and Russia, which blew my teenage, pre-Internet mind right out of its skull. There were ‘wild feeds,’ which were raw, uncut signals from national and international networks that they didn’t necessarily want home viewers to see, but were out there anyway. Remember that episode of The Simpsons where they get satellite TV and Bart watches Tom Brokaw vomit into a pail? That all came (mostly) from real life. It was a certain type of voyeurism that could never exist again in our current TV landscape.

As you can imagine, this all was a big part of shaping my entertainment interests. When I tell people that I love Television, I don’t even mean that I love television shows. I literally love the invention of Television. I love its evolution. I love that we used to have televisions with coin slots on them. I loved the analog-to-digital conversion, which I watched live like it was my generation’s Moon Landing. I love that I could look out the window of my grandparents’ house and watch their Big Ugly Dish swivel on its axis as I continued searching for the most obscure entertainment the human race could offer.

With this in mind, there was one particular Urban Legend surrounding satellite TV that I felt compelled to ask the DirecTV guy as he was installing my Genie. And like most awesome things, it has to do with Shaquille O’Neal.

When Shaq got divorced a few years ago, his monthly expenses were made public on the Internet. One thing that caught my eye was that he claimed to spend $1,500 a month on cable TV service. This seemed astounding to me; ordering nearly every Premium, Adult and Pay-Per-View monthly still wouldn’t touch that kind of monthly price tag. Most people chalked it up to a common tendency to over exaggerate in divorce proceedings, but a few nerds decided to keep digging.

The website is so bizarre it almost feels like a prank, but it was supposedly an ‘elite’ subscription service that allowed you every single DirecTV channel for around $7,500 a year. Every PPV, every local, national, international, Premium and specialty channel offered, all with up to 10 DVR boxes for your (they’re assuming) massive house.

By the way, I know what you’re thinking, and the answer is yes. I would pay $7,500 a year for this service. I'd sell my car and donate plasma if I had to.


Unfortunately, when I asked the DirecTV guy, he told me that while Titanium did really exist, it ceased service a few years ago. Either I was another victim of the greatest trolling attempt in satellite TV history, or I was a few years late on what could have been the greatest home upgrade since the four-slice toaster. Dejected, I goose-stepped back to the living room and waited for him to finish his installation.

I re-watched Monday’s main event, as I sort of fell asleep as it was happening. I did this at work during lunch, because I am dedicated to the craft of both television watching as well as professional wrestling.

There’s a bar down the street from my office, and since my wife and I carpool, I sometimes stop there and have a drink before she picks me up. There, I took in an episode-and-a-half of Man vs. Food, which is actually a show I’ve happily watched many times before.

As a vegetarian, I’m not so much interested in the (typically meat-based) eating challenges, but more the cities and restaurants themselves throughout the nation. Although if I ever find myself an eating challenge that revolves around grilled cheese, you can bet your ass my picture’s going on their wall.

It was at this point that the Missus and I stopped for dinner, drinks and shopping before heading home. Like I said before, we’re preparing our home for refinancing, and we figured that it wouldn’t hurt to buy some new towels and whatnot to make the place look somewhat presentable. One thing I took away from towel shopping is that nearly every home décor item sold at Kohl’s is horrendously ugly.

Upon returning home, I watched some DVR’d stuff while filling out the dozens of forms that come with having your home refinanced. More than anything, the Missus did the bulk of the heavy lifting, and she just let me know when I needed to initial something. Look, after 13 years together, we have a system that works, and I’d appreciate it if you didn’t suggest a different plan of action.

Oh, and Japandroids were on Conan, but they sounded horrible.

If you like MMA (or are even slightly interested in it), you really need to be watching The Ultimate Fighter. It’s like American Idol or any other elimination-based reality show. 16 up-and-coming mixed martial artists are put under one roof with the promise of a UFC contract hanging in the balance. For the remainder of the season, they take part in a single-elimination tournament of ass-kicking that ends with the last man standing. If you’ve ever watched Survivor and wished that two people had to fight each other to see who got kicked off the island, The Ultimate Fighter is going to be your new favorite show.

I skipped the guests for Monday’s episodes of the Daily Show/Colbert, as I sometimes do when I’m just trying to catch up. In my opinion, I find The Daily Show to be more of an important, cultural barometer, while I find The Colbert Report to be funnier. When I’m in the mood to be outraged, I’ll watch The Daily Show. When I’m outraged enough, I’ll watch Colbert.

Sweet merciful holy shit was this terrible. I wanted to give Syfy’s new ‘fighting robots’ show a chance, because A) I remember liking Battlebots, and B) I like host Chris Jericho, but…man. I gave this no more than five minutes before I asked Celia permission to permanently delete the Season Pass. She, of course, was fast asleep.

For some reason, ESPN and the UFC don’t have the best of relationships. Speaking as a quasi-outsider, I think it’s a combination of neither company wanting to play by the other’s rules, but all it meant for the fans was that there’s no good MMA programming on ESPN whatsoever. Fortunately for fans like me (and thanks to the UFC’s deal with FOX), we get a huge amount of UFC-themed programming on FuelTV (I believe it’s Channel 99998 in the guide, if you’re curious), including their SportsCenter-esque UFC Tonight.

This outstanding PBS series is currently in Season 3, talking in-depth with the stars, writers and producers of some of the greatest television shows of all-time. It’s very well done, so much so that I’ll probably grab the DVDs at some point, making it the first time in history that I ever gave the Public Broadcasting Company any of my money after 31 straight years of mooching. I’m not a great human being, but I’m also not very swayed by things like tote bags and ‘Masters Of Doo-Wop’ CDs.

It’s sort of funny. I’ve spent decades searching through space and time for some of the widest-reaching television the planet (and its orbit) can offer. I spent the bulk of the mid-90’s making my grandparents’ satellite dish spin circles into the ground so I could check in on otherworldly broadcasts that nobody was ever meant to see. I even (successfully) tracked down an urban legend that would have given me every channel known to man.

And yet, I ended this day happily watching PBS of all things, which was one of only three channels I could tune into my bedroom TV as a kid in the 80’s. And fittingly still, it was a TV show…about TV.

I find this all sort of perfect, although I could never fully explain why.

Comments:
I remember Sherry and I sitting in front of the TV during the summer break watching the local access channel where they would show the upcoming Meals on Wheels menu, activities at local community centers, etc. For some reason they would show it live as the guy was typing it, and the guy backspaced more than any person I've ever seen. It was really an incredible test of patience to watch.

That sounds like the same person who typed up the announcements at school. I'd watch the TV's during lunch and yeah, it was astounding how bad they were at typing.